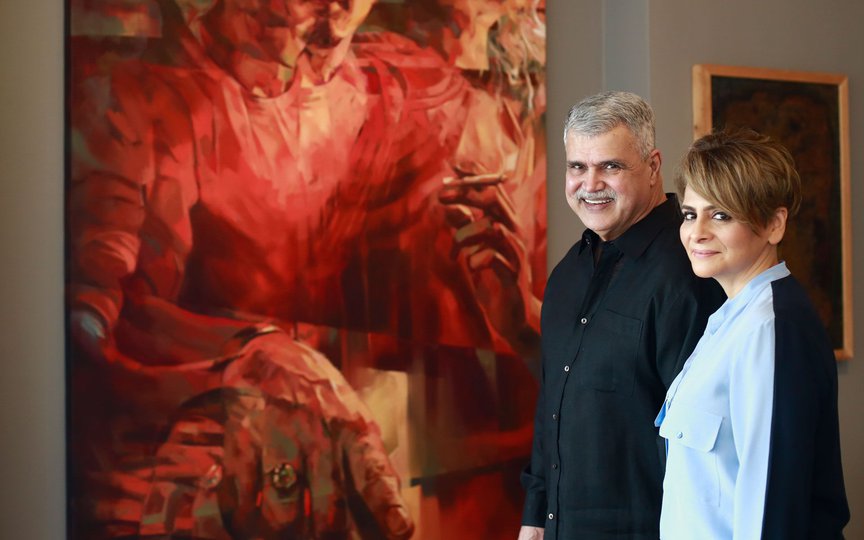 It wasn’t until Aliya and Farouk Khan moved to Kuala Lumpur from Singapore in the 90’s did their interest in art turn into a full-blown committed endeavour. There are art collectors, and then there are art appreciators who collect art, driven by a genuine love for the craft and passion for seeing it develop; do not confuse Aliya and Farouk Khan for just another couple of enthusiasts who buy art for the glory of it.

Glory certainly wouldn’t have helped them become the owners of the largest Malaysian contemporary art collection in the country, a feat that took more than 20 long, strenuous and carefully planned years.

While Aliya has always had a burning interest in art since she was a child, it wasn’t until she and husband Farouk moved here to Kuala Lumpur from Singapore in the 90’s did it turn into a such a committed endeavour.

“When we moved to KL, one of the works that caught our eyes was the ‘Diskette Series’ by Ahmad Shukri,” recalls Aliya. “It got us wanting to learn more and that’s when we realised a lot of the art in Malaysia is of a very high international standard.”

With that appetite ignited, it was only a matter of time before Farouk turned it into a collection, having been an avid collector of many different things throughout his life. He started out with stamps and Marvel comics as a boy, then carpets and precious stones as he grew up.

“By nature I am a collector,” he says. “Collecting art started as a combination of her passion and my methodology of collecting.” 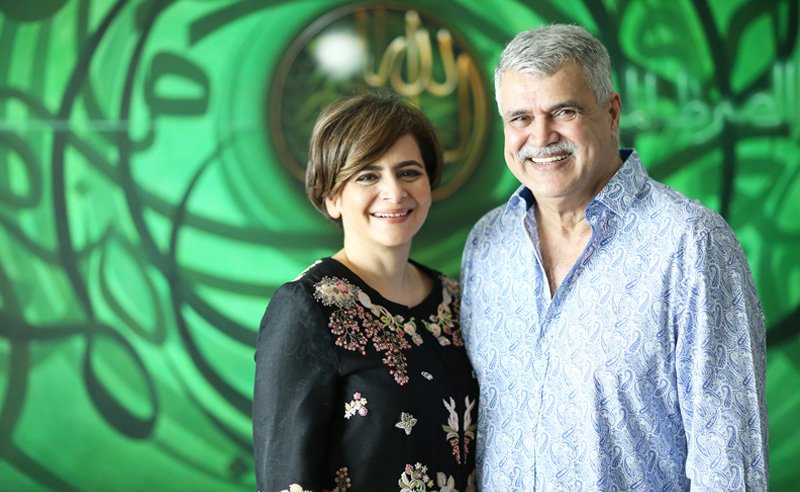 The decision to look solely at Malaysian contemporary art out of art’s many different genres was a joint decision they made based on the timing they got into the scene as well as personal interest.

“We were at the crossroad of the modernist art movement of the 60’s and 70’s just converging into the contemporary period,” Farouk shares. “We decided we weren’t going to get art from the modernist period because they’ve already gotten their attention. Contemporary art back then was not yet so accepted because of its newness and a lack of  appreciation.”

“A lot of people make the mistake of getting enthusiastic about something and rushing to buy it. We had the discipline to understand it first before we started collecting.”

“I also related more to it because we enjoyed the variety that was produced during the time,” Aliya chimes in. “I found it very interesting when we first started that most of Malaysia’s local artists were trained locally. They’ve gone to local universities. When you look at their works, they look like they’ve lived in top urban cities in the world because their sophistication is of a very high level.”

Aliya and Farouk didn’t just dive into it either. They visited many galleries, spoke to even more people to get a clearer picture before they carefully waded into the pool, one toe at a time.

“We spent 2-3 years researching the art movement, where it entailed, where it was moving towards,” tells Farouk. “A lot of people make the mistake of getting enthusiastic about something and rushing to buy it. We had the discipline to understand it first before we started collecting.”

"THERE MUST BE A SYSTEM" 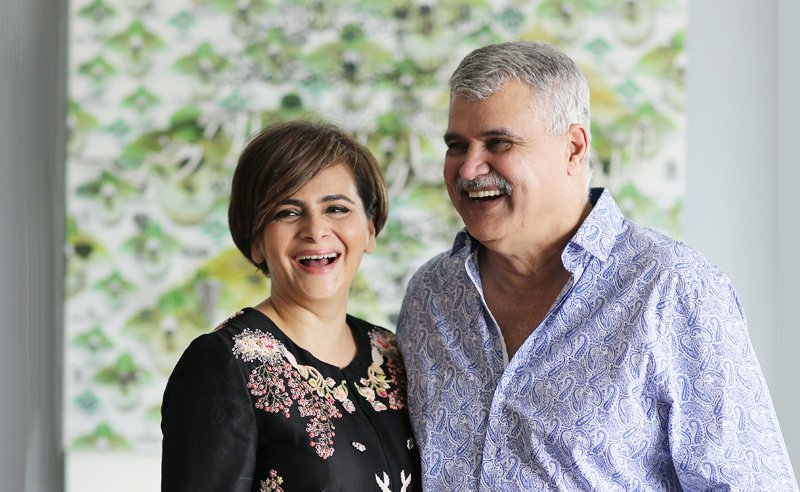 Twenty over years later, husband and wife are the proud owners of a collection that has garnered international attention and accolade. Most of them are institutionalised, but there are a handful of their favourites hung up in their personal home, surrounding us as we speak.

Farouk still goes back to his methodology even after all the decades when they’re looking to acquire a new piece.

“If you want to collect, there must be a system,” he says. “What are the different genres that are involved in this new movement? Then you ask, within each genre, who are the important artists?”

What makes him sit up and pay attention to a particular artist is if he hears of the name from another fellow artist. “There’s nothing like getting praise from your peers.”

"You can’t shop for art.Sometimes it’s produced, sometimes it isn’t."

Even more important is the relationship they have with the artists over the years because that determines which pieces they get to get their hands on.

“You can’t shop for art. Sometimes it’s produced, sometimes it isn’t,” he explains. “When it is created, some people have access to it, some don’t. Some people get first pick, others, second. It is the artist’s call who he grants this access to.”

“It’s the key to your entire collection,” says Aliya.

From this was also birthed a sense of responsibility between the couple to provide patronage to artists in whom they see potential. Some of them have really paid off.

“Twenty years on, these artists have become established artists, the movement has become recognised,” Farouk acknowledges. “Such wouldn’t be the case if no one sustained that interest from the late 90’s till today."

Having said that, getting the right pieces that will add value to your collection, according to Farouk, all still boils down to it being a judgement call – a judgement call of whose talent has the potential and ability to mature into a prized skill.

Talent, while important, can only get one so far.

“It’s your ability to develop  that matters,” tells Farouk. “Will the talented person have the discipline, determination and maturity to handle and develop himself in the face of rejection. Anyone can manage success, but who can manage failure and last out and survive the industry?”

“Character is very important,” echoes Aliya. “All successful artists around the world are talented but they’re also very hardworking. They never rest in their laurels.”

Sometimes, having made the best call still does not ensure your collection is a good one. Only time can really tell.

“The relevance of the collection can only be determined through time,” Farouk says. “Art is a process of time. Time is the best judge that will determine if what you have is above what everyone else has.”

THE CREATION OF SOMETHING THAT CANNOT BE RECREATED

It certainly hasn’t been an easy journey, between the stiff competition among collectors and the politicisation of the industry on top of the funds, commitment and legwork required to shape a collection.

“We are vilified more than we are appreciated,” Farouk admits. “When you are successful in what you’re doing, people don’t appreciate it. We are fortunate to not be social animals.”

“It only gets to us when we don’t get the art,” Aliya adds.

It was all worth it in their books; little else compares to the intangible rewards from acquiring a good work.

“It challenges you to be on the look out for a certain flair, something elusive, something that is different,” reflects Aliya.“A good work of art evokes a lot of emotions and touches you on so many levels.”

“It’s the creation of something that cannot be recreated,” Farouk adds. “Somebody had a thought to create something, an idea, and by sheer skill he got it so right that he himself cannot do it again."