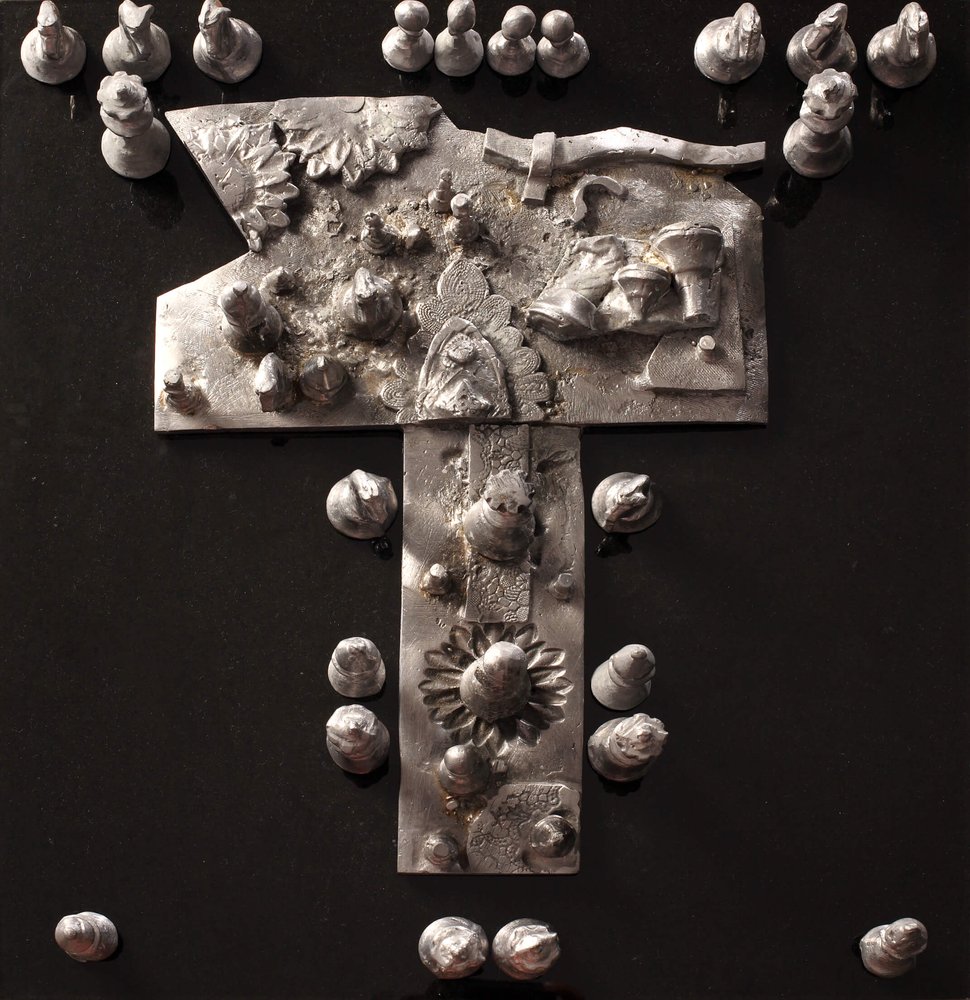 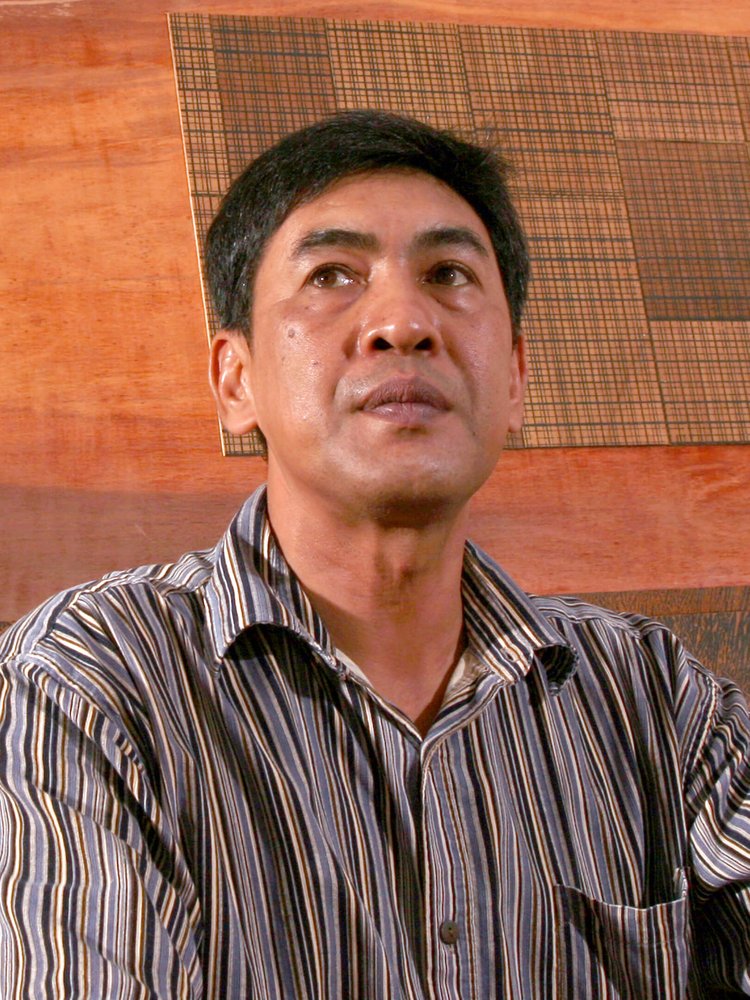 Zulkifli Yusoff has shifted between multiple mediums, from sculpture to painting, to convey his social messages. But it is through installation works, while still a student at UiTM, that he first gained prominence in the late 1980s. The art world sat up and took notice of structures which incorporated three-dimensional and spatial elements to mark contemporaneous events relating to power, corruption, and Malay identity.

A work from the late 1980s in this collection, Mencari Emas, is a fine example. Chess pieces are utilized as characters fighting for control in a game gone awry. The hapless state of the players is depicted by their postures and positions; insignificant pieces have been excluded from the raised area (the pawns - recalling sheep - huddle closely together for safety), fallen pieces lay helpless, and, the king and queen face each other in the centre in a gripping state of stalemate. The lust for power is a passion that consumes the artist, as seen in Mencari Emas, where the traditional checkerboard set has been replaced by fragments from a traditional wooden kuih (Malay cake) mould. Poignantly, from above the T-shape of the set resembles a keris – the very weapon that would cause uproar in Malaysian politics and the media two decades after this artwork was conceived.

The importance of Zulkifli Yusoff’s installation works has much to do with the fact that they marked a great departure from painting or sculpture, offering a conceptually based language that triggers a more participatory response from viewers.

Works from the 1990s can be categorized with other artists that espoused similar socio-political themes. Zulkifli’s notable installations include Don’t Play During Maghrib (Dialogue #2) (exhibited under ‘Modernities and Memories, Recent Works From The Islamic World’ at the 47th Venice Biennale, Italy), followed with Pelayaran Munshi Abdullah (2003). The latter is based on a classic tale titled Kisah Pelayaran Abdullah (1849). Zulkifli juxtaposes its old and wordy text -detailing the author’s voyage from Singapore to Kelantan - with retro advertisements printed onto metal. Here, the images seem to consume the need for literacy; however, the contrast between past and present suggests that culture is second to the experience of the commoditised product.

Don’t Play During Maghrib (a local message against playing during the close of day) can also be related to the artist’s other temporal-themed work, Subuh (2002), which is an extension of the artist’s Hari Nak Siang series.

The referencing of historical texts and the collision of old and new is a preoccupation that carries through in Zulkifli’s paintings, notably the Malay Sketches series. The title comes from the artist’s primary point of reference, the 19th century colonial text by Sir Frank Swettenham, the first Resident General of the Federated Malay States. The chapters Amok, Malay Romance, and James Wheeler Woodford Birch are of special interest. This methodology allows viewers to consider text-image relationships. It is interesting to examine the artist’s interpretation and presentation of an essentially archaic subject in contemporary ways. Take Amok di Pasir Salak II (2007). History is treated with Pop flair - former Perak Resident, J.W.W. Birch, is portrayed in Warholesque hues, with bulls eye targets and the paint splotches above his head representative of attempts to take him down.The spilling of blood is simulated by streaks of paint dripping from the top of the canvas.

Zulkifli’s use of recognizable symbols in his paintings is prevalent. Ketupat (rice cubes) represents the date of Birch’s murder (also indicated by the text ‘Hari Raya 2 Syawal’).

Zulkifli’s art throws cautionary messages to the viewer by drawing parallels between the past and present. Raja Maimunah II (2007) refers to the ills of gambling (as indicated by the Chinese race horse calendar and ‘panggil duit’ coins); Raja Maimunah IV alludes to drug taking (represented by the opium pipes). Both works illustrate the artist’s thesis that, despite a temporal gap, many of these social woes still surface today.

Stylistically, Zulkifli’s paintings have seen a marked development over his two-decade career. The artist’s methodology has evolved from an instinctive and accidental process to one that relies more on meticulous planning. Early works were more abstract, angst-ridden, and the depiction of figures was looser - a large difference to more recent works that appear more finished and manufactured, with the use of 21st century digital printing – an update to the first digital prints by Ismail Zain a couple of decades earlier 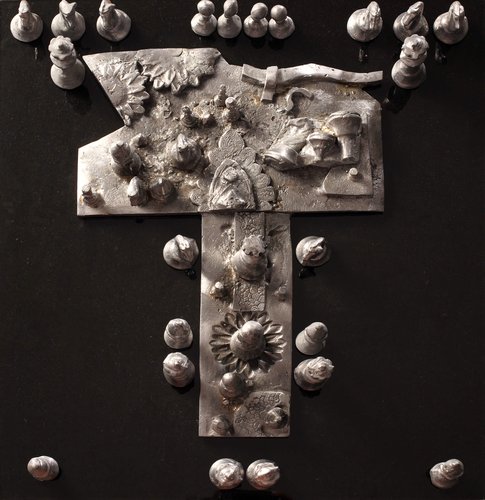 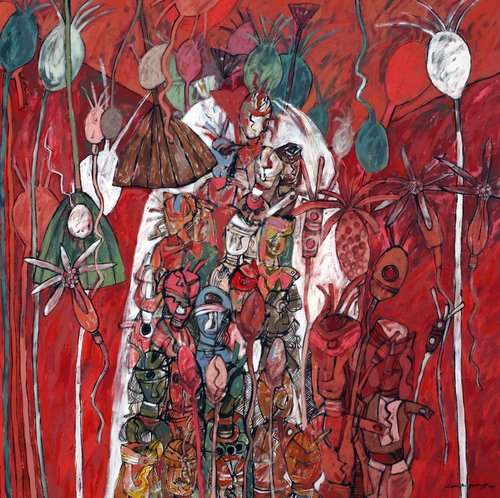 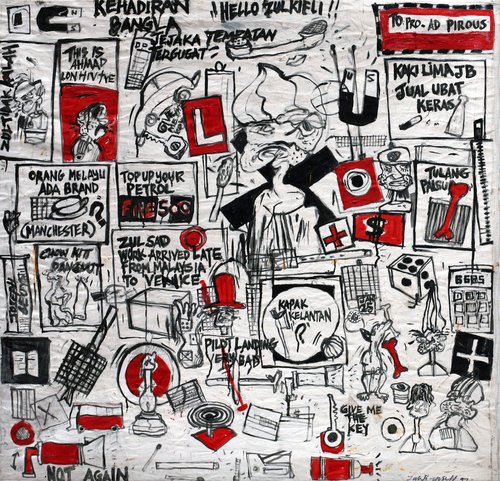 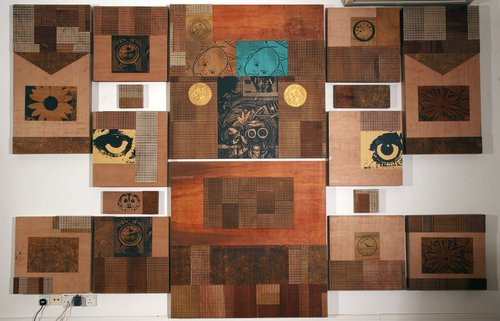 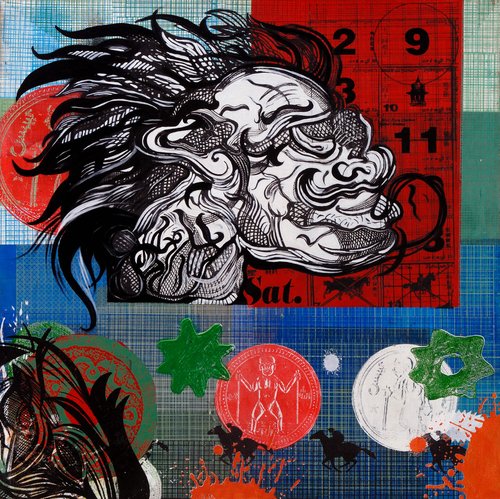 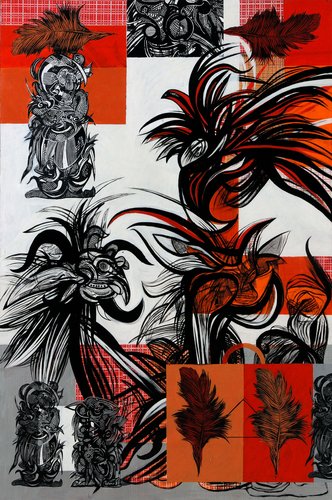 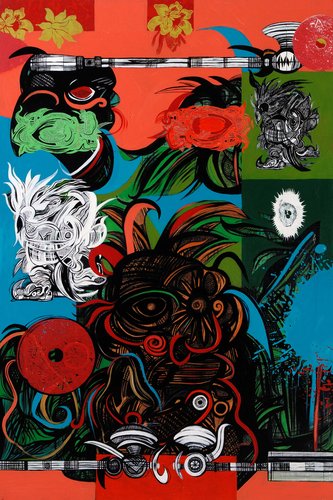 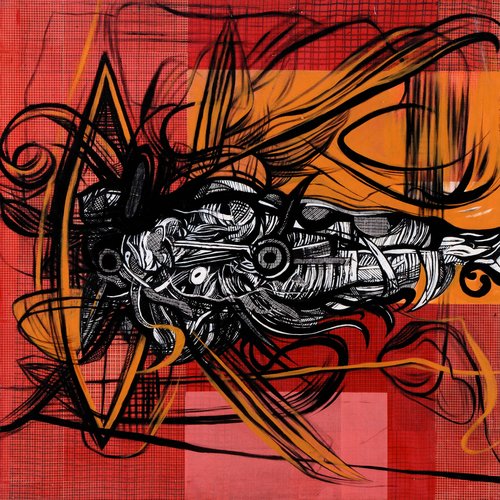 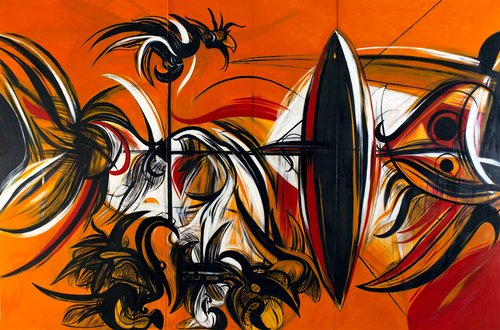 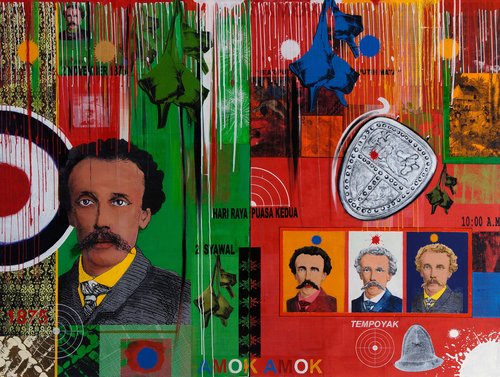 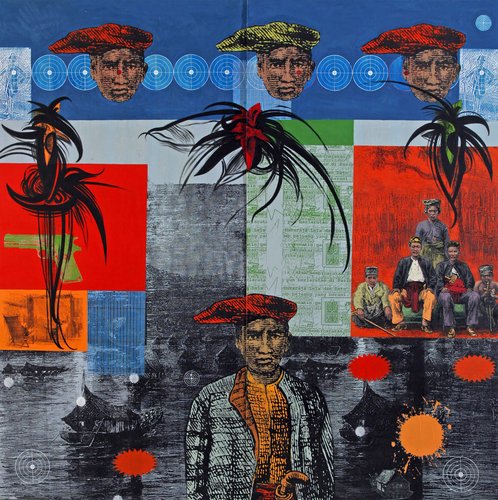 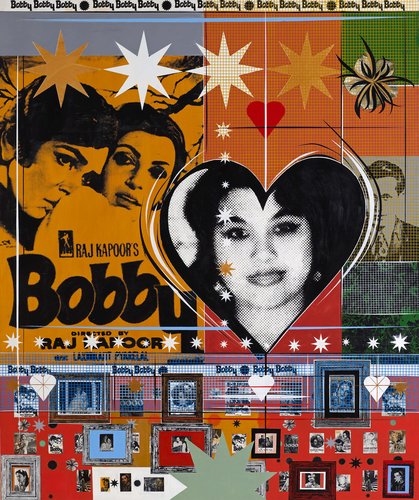 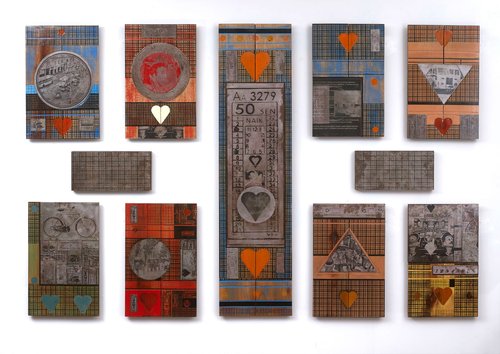 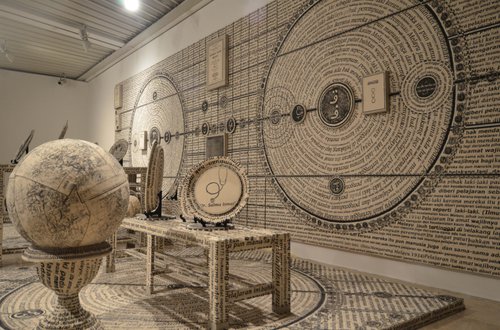 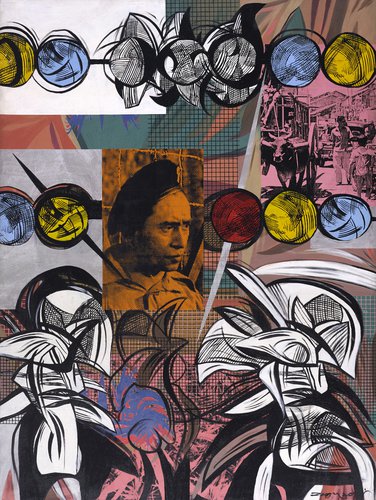 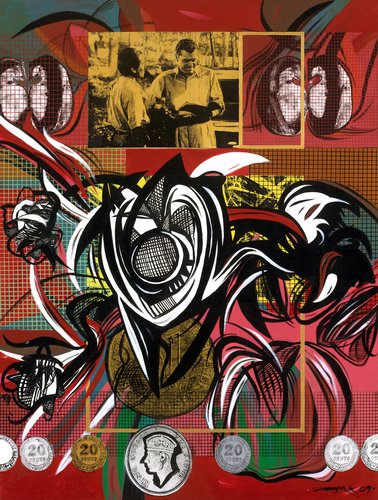