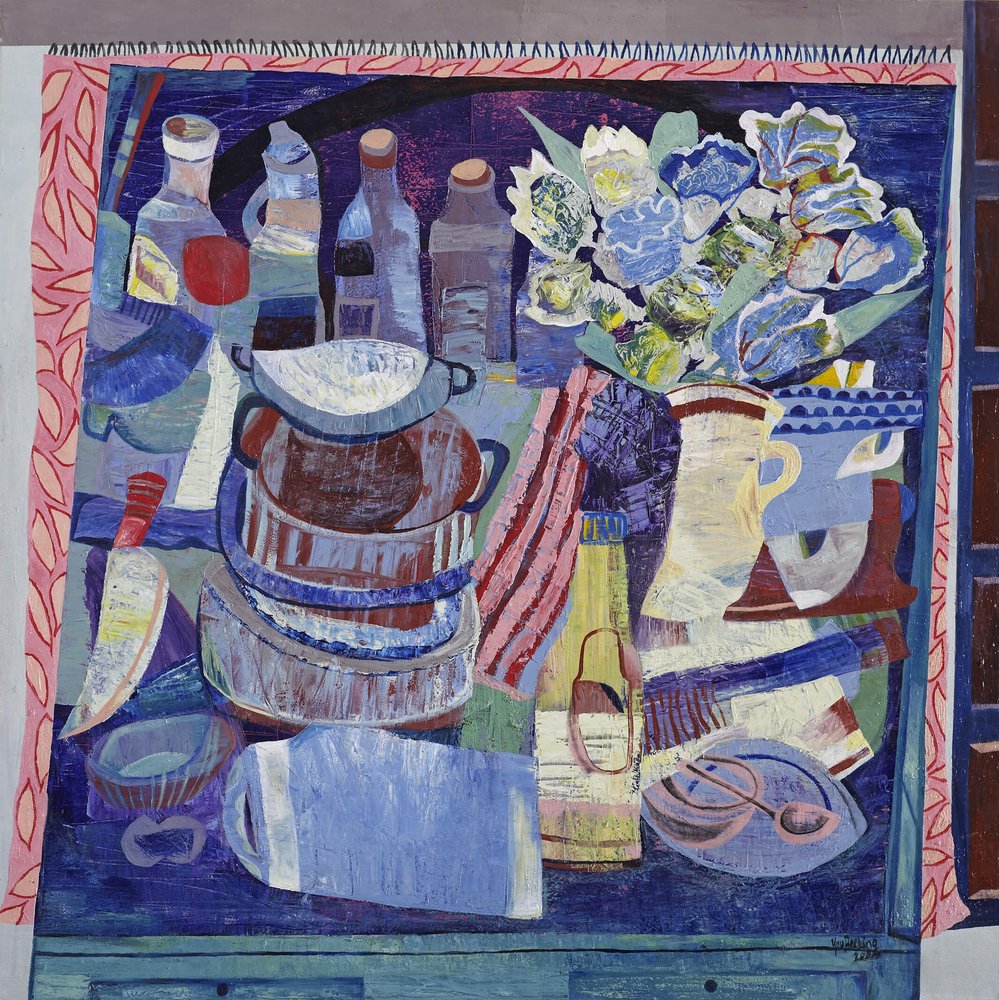 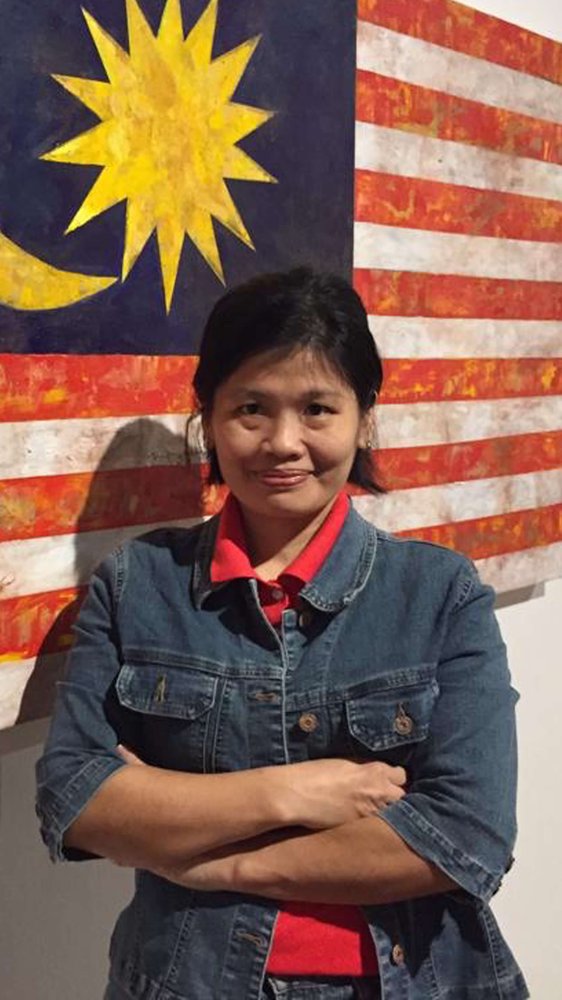 Yau Bee Ling’s primary works of the Naughties have focused on matter regarded as taboo by many of her more feminist compatriots: femininity, motherhood, and female identity with all its nuances. This is most evident in her series, On Moving Out and Moving In, executed during her stint at Rimbun Dahan, Kuang (2005-06). The body of work not only suggests the issues about modern femininity, but also aspects of migration and moving.

An artist’s residency can be seen as a ‘home away from home’, offering conditions that enable them to live and work comfortably.
Yau portrays various mise en scenè associated with this process. In Yellow Counter Top (2005), we see the implements of a kitchen laid out on a bright yellow surface. Perspective is skewed for there is no vanishing point. Objects – woks, a stove, bottles, pitchers, ladles, and other utensils – appear flattened and the vertical thrust of the counter top force these objects towards the viewer, threatening to spill out of the canvas itself.

There is a busier brushstroke in the portrayal of these objects, as opposed to the neatly executed tiles in the background, indicating these items are not decorative, but utilitarian – a far cry from the finished quality of traditional still life in oil. Yau presents the same composition in Working Hard At The Kitchen (2005), where a woven basket brims with vegetables and fruit. The scene is busy and noisy - a departure from the genteelness associated with femininity – and Yau’s striking palette is reminiscent of the still life of Henri Matisse (1869-1954).

Yau’s identity as a female artist and her employment of these subjects must come into question, especially considering the male-dominated context of art; traditional views dictate that if they are to be seen as equal, they should shun topics that draw attention to gender differences.

Lee Krasner (1908-84), the wife of Abstract Expressionist Jackson Pollock, famously rejected motherhood in lieu of a career as an artist. Krasner’s mentor, Hans Hoffmann, famously said of her work: “This is so good you would not know it was painted by a woman.”
In the wake of feminism, this situation has changed. Abroad, female artists are gaining critical acceptance once reserved for their male counterparts and many have channelled their experiences as women into their art.

In Malaysia, however, lopsided perceptions of gender require some adjustment. This is where female artists, such as Yau, play a vital role. The wife of an artist herself, Yau injects autobiographical elements, chiefly her own experiences being a daughter, sister, wife, daughter-in-law, and more recently, a mother, into her works. They are also more gender-neutral than they appear.
Yau says, “I like observing human beings and their relationship to the surrounding social environment. I am tempted to dwell deep into these recesses of human relationships.”

In recent works, such as Portraits of Four (2008)the artist’s narratives on human connections – neither exclusively masculine nor feminine – are most apparent; four faces are arranged on the canvas. Through the awkward lines of their form, Yau’s myriad of colours, vigorous brushstrokes, and build up of texture demonstrate the seething emotions beneath the physical surface. 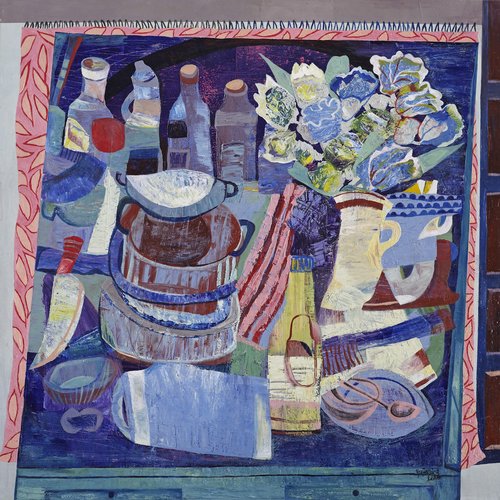 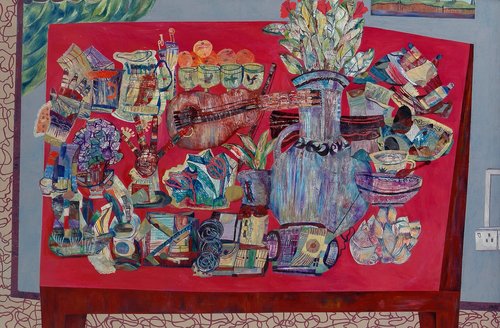 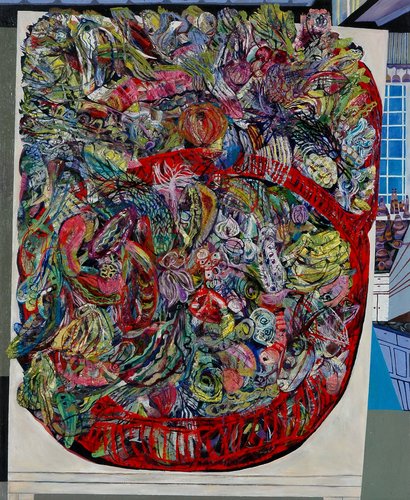 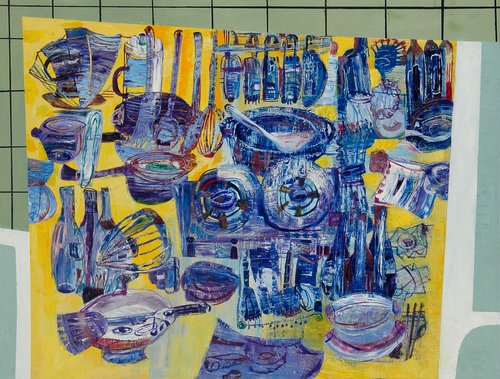 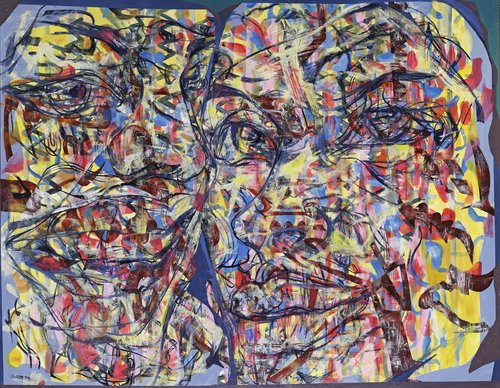 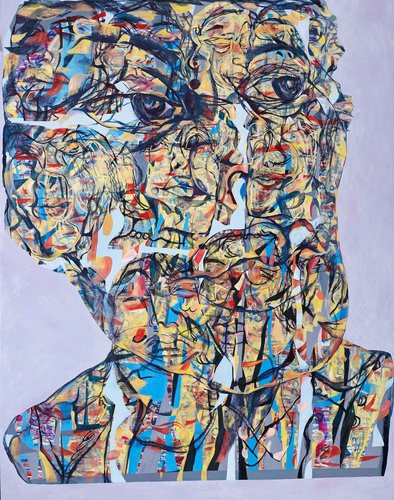