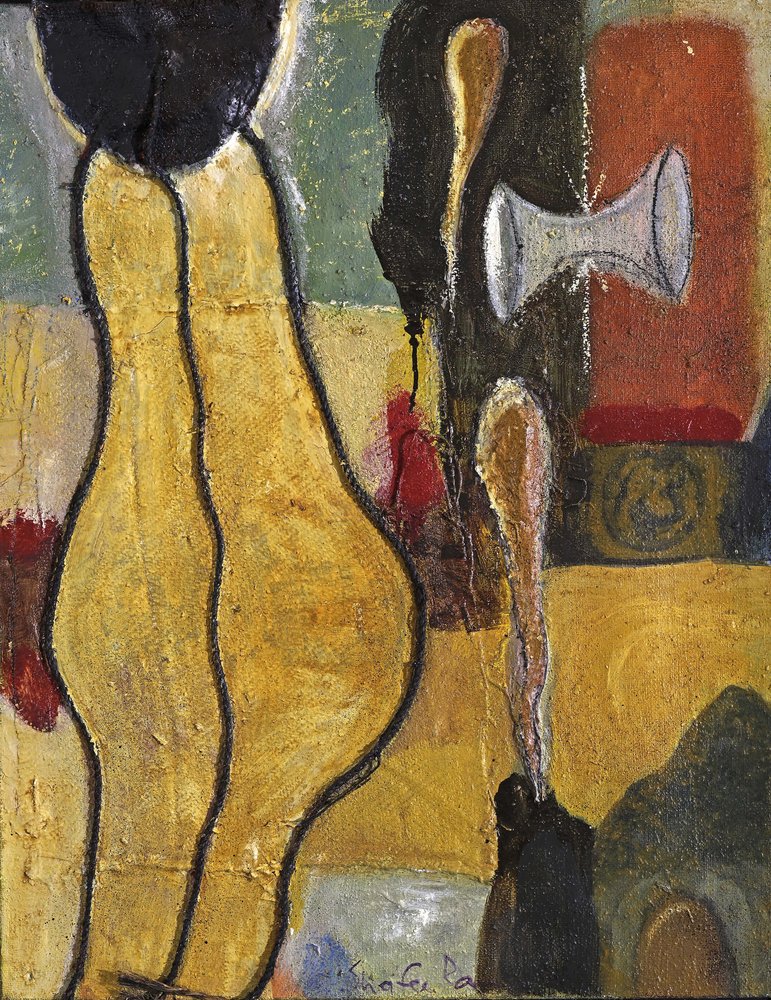 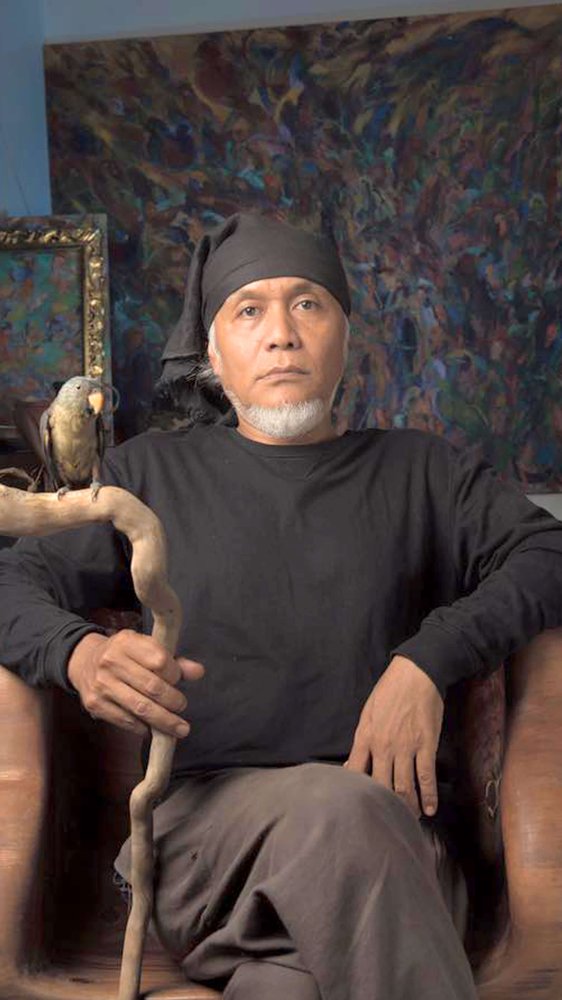 Shafee, or Chief as he is also known, took the road to the fine arts via a pitstop at creative departments of various advertising agencies in Malaysia. The undergraduate worked with various studios and galleries in the Santa Fe and Rio Grande Area in New Mexico, USA. This history is not dissimilar from other artists who have made similar shifts.

In this collection, we can note that Yusof Ghani worked as a graphic designer, whilst Husin Hourmain and Suhaimi Fadzir were both in design-related fields before becoming full-time artists. Indeed, the four Malaysian artists form an unofficial art collective called Insight, after an exhibition of the same name that year. The group’s objective is to give a new perception or slant to the contemporary art scene.

Shafee’s paintings, in particular, boast a raw quality that sees paint applied in highly charged ways and the addition of unconventional materials, such as fragments of charcoal. In Bendera Putih di Pulau Batu Putih (2008), for example, it has been applied to create a textural quality in the Malaysian submarine. The mixed-media work, a comment on the territorial squabble over the island (Pulau Batu Putih), questions the wisdom of government expenditure, considering its inability to hold fort against a much smaller nation.

The accompanying text is an indication of Shafee’s practice of merging text and image, a methodology that sees the coming together of the visual and literary languages with poetry, in particular its use as a basis for his artworks. Indeed, the artist embellished the main images of his most recent series with his own poetry. The poems are reduced by singling out core words, leaving behind a simplified text or abstract of the original, which is then juxtaposed with the image – a practice reminiscent of Japanese haiku and haiga; in the latter, haiku poems in calligraphy are paired with a simple image.

The practice is also close to the subtractive methods of advertising where the message is condensed into simple structures for easy and quick comprehension. For his postgraduate thesis at UiTM, Shafee conjured the mantra, ‘The art of war. The art of raw’.
It not only refers to elements in his work (consider the fighter jet in his DO Series: Sukhoi Firing Blank Missile (2007) and the brutal tornados in Tornado (2008) and Suara Rakyat, Suara Keramat (2008), but also the raw treatment of the surface (the charcoal shards, for instance) and emphasis on strong colours to signify violence and destruction.

These works mark a departure from Shafee’s previous works that included landscapes and realistic depictions, undoubtedly inspiration from an informal apprenticeship (1998-2000) with Ahmad Nazri Abdullah, an artist for the Selangor royal family, and with Shukur Yahaya (1996-1997).
The artist’s other inspirations include writings by the Sufi poet, Rumi, Latif Mohidin, and Omar Khayam; artworks by Marcel Duchamp, Mark Rothko, and Pablo Picasso; the sculptural works of David Nash, Damien Hirst, and Anthony Caro; and, the sounds of Nusrat Ali Khan, Cat Stevens, and the natural sound effects of deep tropical jungles.

1987Bachelor Of Art
University Of Minnesota United States of America 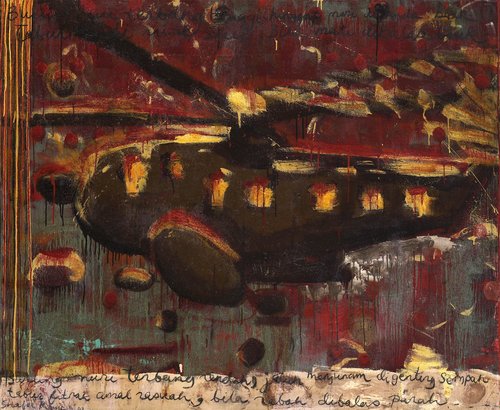 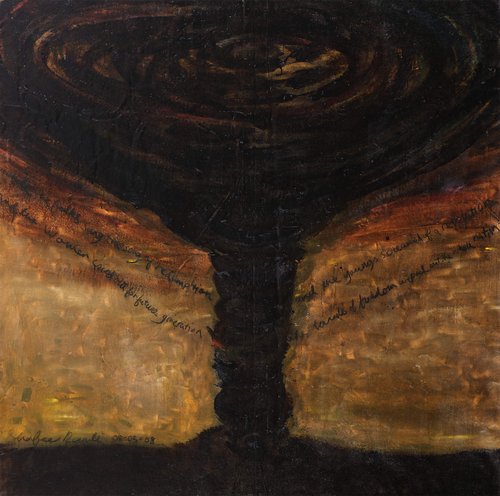 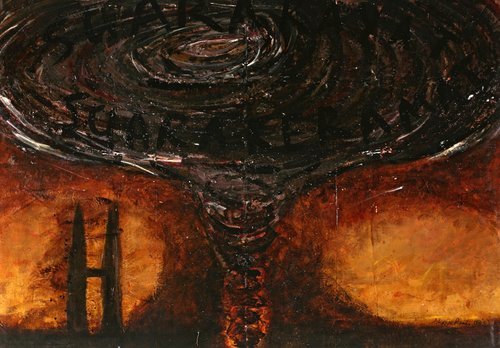 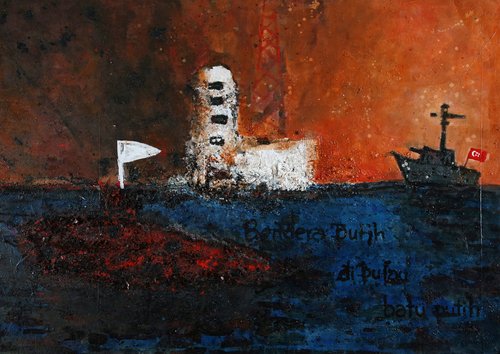