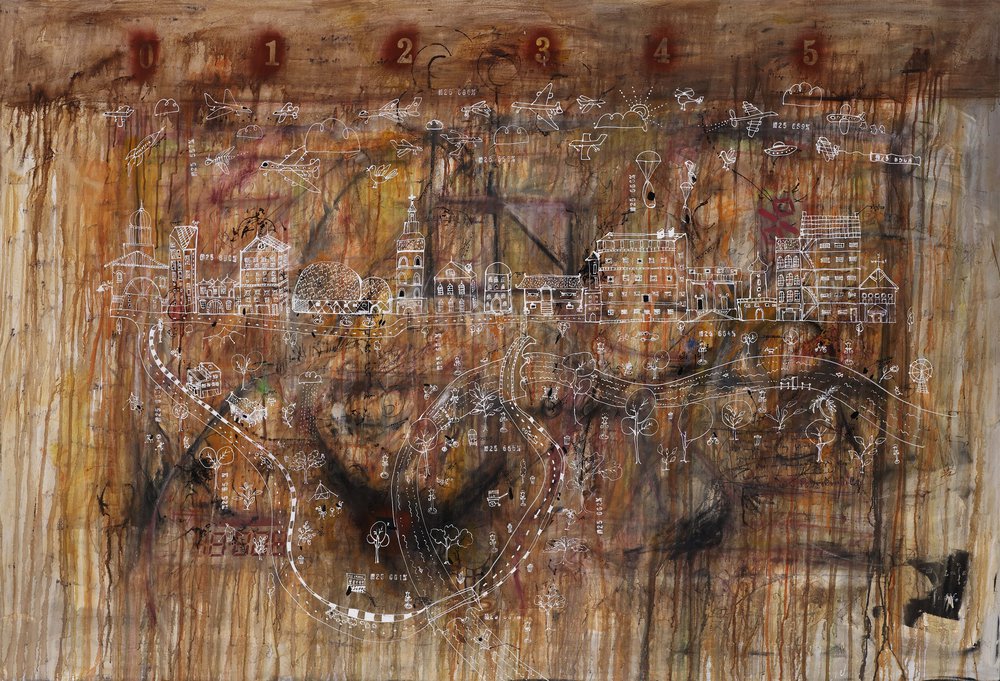 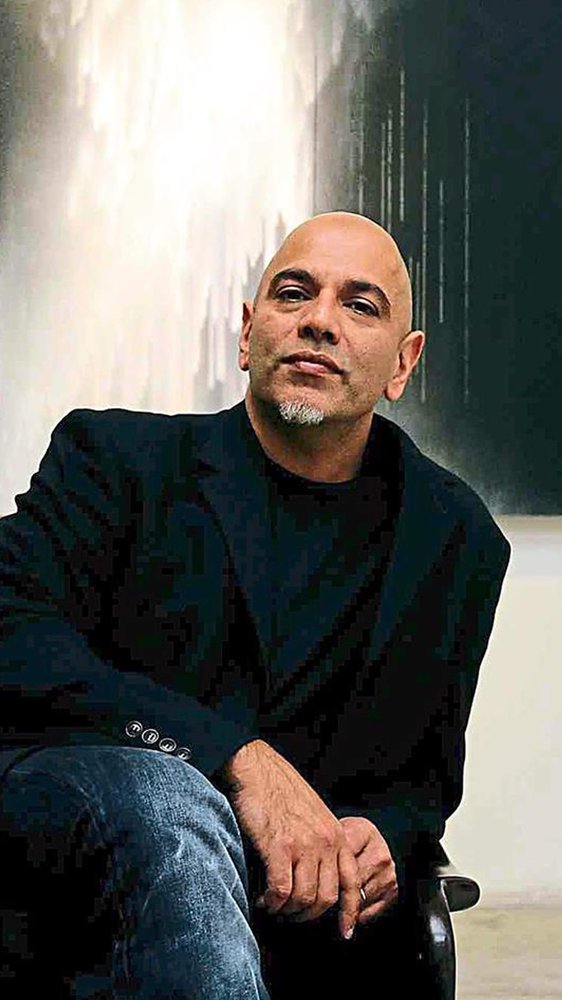 The main theme in Rajinder Singh’s artworks is the intermingling of two seemingly incompatible fields: science and art. The former – especially mathematics, as in the case of Rajinder Singh’s paintings – is identified by a systematic, well-reasoned, and logical approach, whilst the arts command more subjective and pragmatic endeavours.

Rajinder inhabits the chasm between these opposing models, mirroring attempts that have gone before, notably during the quattrocento of the Renaissance period. The development of perspective, as generally attributed to Masaccio (1401-28) and his fresco at Santa Maria Novella in Florence, Italy, owes much to scientific developments of the period.

Seven centuries later, Rajinder adopts this same methodology using a visual language more suited to our era. The works are from the artist’s source_code series (2006-07). The quality of each canvas is aqueous and gravitation’s effects are seen in the dripping paint.

However, this luminosity or opaqueness belies the fact that the canvas actually contains umpteenth layered washes of chalk pastels and acrylic paint; the background was produced by erasing hundreds of mathematical proofs and formulas that ranged from rudimentary Pythagorean trigonometry to definitions and workings of quantum mechanics.

These marks can be read as the indexical traces of the artist as mathematician. The artist says: “I did a lot of mathematics on this canvas. I enjoyed doing it… Not all of the maths washed away on every layer making for the eventual look and feel of the painting.
“The final layer of the source_code paintings was executed using special fine acrylic dispensers I made to create the structures that sat upon the intricate background.”

This final layer offers the narrative of each painting. Various iconographic elements are adopted, such as the flat two-dimensional landscape in the centre of New Possibilities (2006), as well as the flying aeroplanes, rockets, and parachutes. These elements signify man-made structures and are highly reflective of modern life, to which – if any dilemma should unfold – mathematics and art can provide the solutions.

Rajinder’s other bodies of work include Symbiosis (2006), Faces (2007), and Number-Trance-Face (2008). The latter two – large portraits of women who have played salient roles in his life - are explorations of the same mathematics-art dichotomy that informs his entire oeuvre.
The life-like qualities of the women’s faces are a contrast to their bald heads and the numerical matrix that form their faces. The inclusion of the figure demonstrates the artist’s belief that humanistic qualities cannot be ignored in favour of science and mathematics. 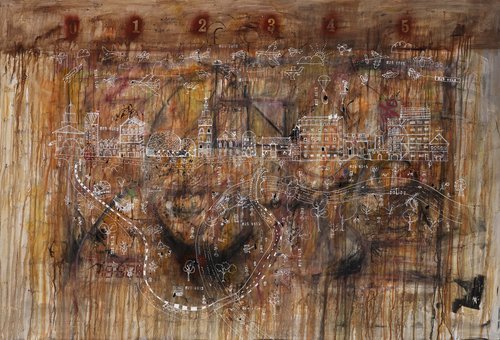 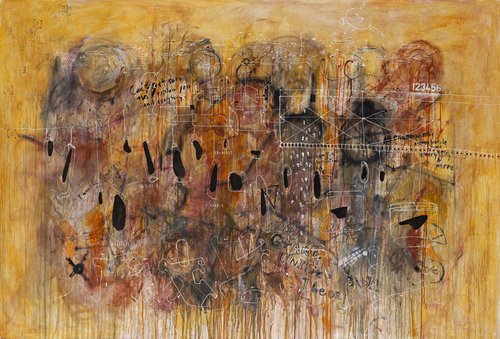 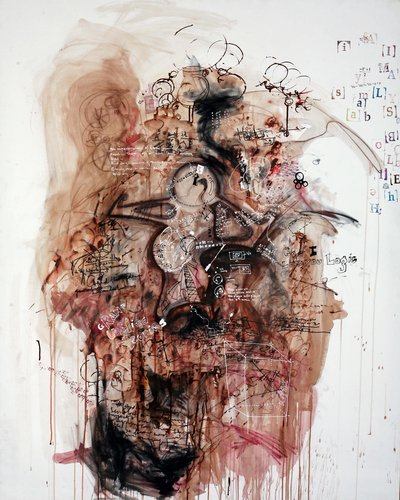 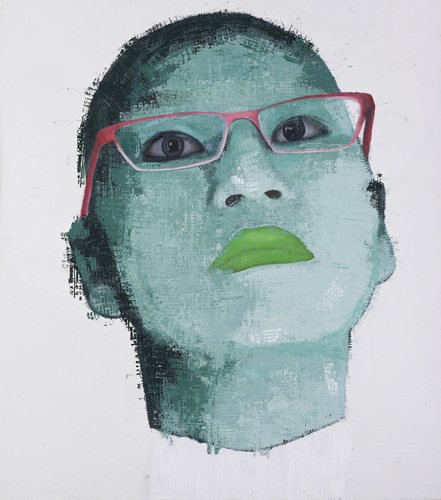 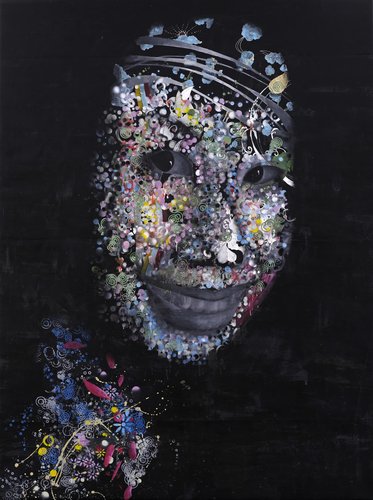 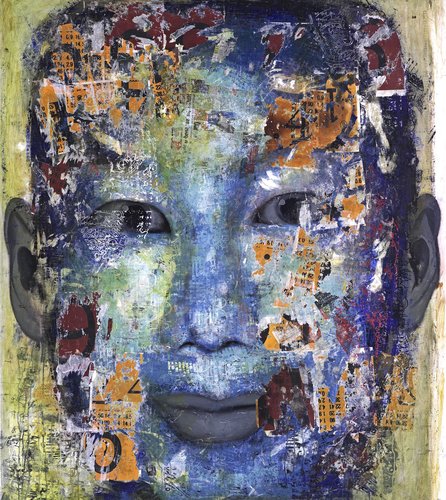 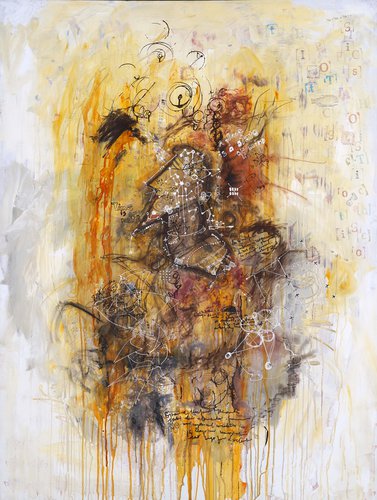