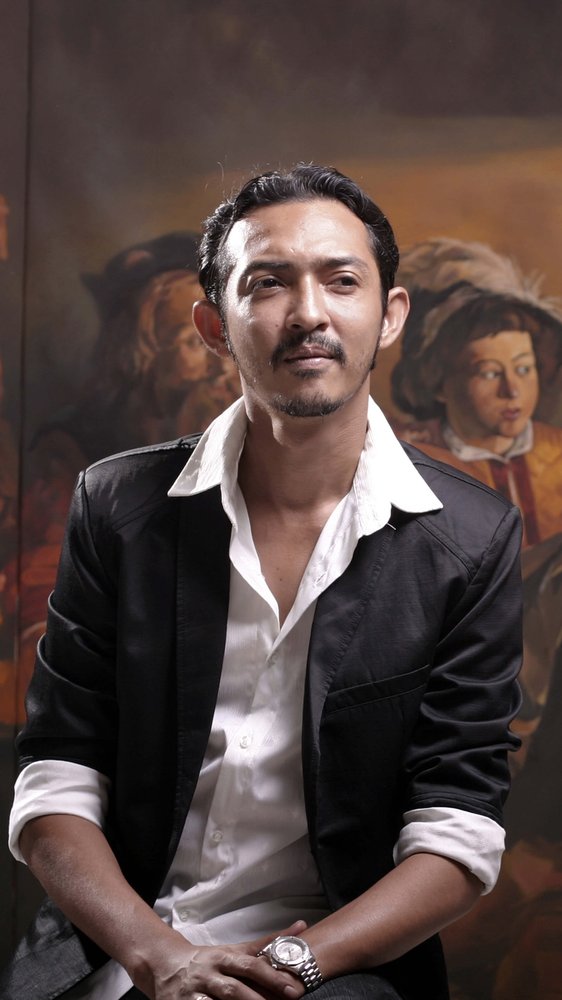 Nurazmal Yusoff’s decade-long journey towards being a full-time artist has travelled a hard road of dedicated work. Self-produced documents show the artist’s budding flair as a teen and blossomed with his experimentation and exploration of painting’s various genres, including expressionism and conceptualism.

Like another artist in this collection, Khairina Khairuddin, Ali – as he is also referred to – is part of a group of six artists called Dikalajingga that shared a common studio space (of the same name) post-graduation. They bonded early on in university and had similar interests, such as music and figurative works. This early passion has carried throughout Ali’s practice and is most notable in his works from 2008 that see the figure perfected through a delivery of commendable realism.

The artist contends that his content and ideas have not changed as much as his mode of delivery; subject matter has always touched on the artist’s personal observations, quotidian experiences, and reactions to our socio-political environment.
This is the result of a self-imposed review of his entire oeuvre. He embarked on this mission between 2007 and 2008 and was stirred by the impetus to produce something fresh and new.

Ali opines that, to achieve the goal, it would be necessary to take a step back and work from retrospection. If we compare Ali’s Behind The Wall (2007), a multi-canvas work first displayed in Penang, and Between You and Me (2009) from this collection, we can detect obvious differences.

Behind The Wall employs abstract and conceptual themes contrasting with the latter’s realism and strong narrative. Between You and Me was part of the artist’s first solo-exhibition (Satire in Paint) in 2009 and depicts a seated pair of male and female figures gazing at each other. The composition evokes the quality of a film still but, from the various elements, we can sense the silence and tension in their relationship.

More than that, the work also refers to the conflict in Palestine and how Ali feels it has reached a point of stalemate; he believes it has become nothing more than a pretty painting in someone’s home, like the very one in the upper-right half corner of this one. Thus, this work is a painting within a painting that includes twin narratives of Marxist flavour and interpersonal relations.

It’s also theatrical and the figures play the role of the actors. Various props are included (the pen, paper, gift on the table or the lighter by the male figure) that signify how we also communicate with these objects.
It stands for the artist’s argument for the powers of observation to help discover the truth in any given situation.

Almost all of the paintings from Satire in Paint refer to the artist’s own struggles and observations of the art world.
Paintings often feature clowns (or elements related to this figure), suggesting the need to perform and wow his audiences like entertainers do; he argues that this group stands out because of their costumes and exaggeration.

Through paintings from this series, Ali hopes to astound his viewers in a similar way. Imitation Master – After Caravaggio (2009) is one of more seminal paintings in this body of work, featuring a reproduction of the 17th-century Italian artist’s The Cardsharps (c.1594-95) and a self-portrait of the artist rubbing his hands in glee as he watches the Baroque scene on the left, where the younger boy pulls a bigger card out to secure a win.

Again, the work is high in symbolism. Colours of the box in the lower-left hand corner of the work correspond with the Malaysian flag, as a metaphor of Ali’s hopes for his country (to raise the bar of originality). By reproducing the work of an Old Master and working in oil, Ali raises the bar for himself as an artist. 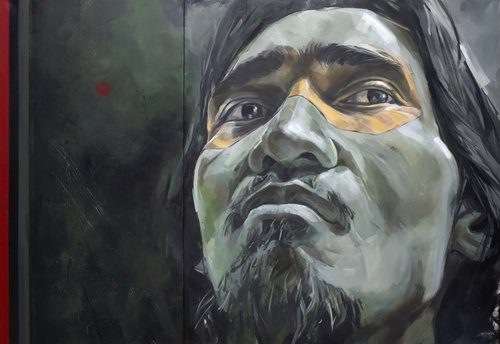 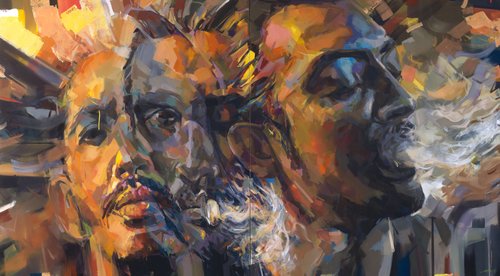 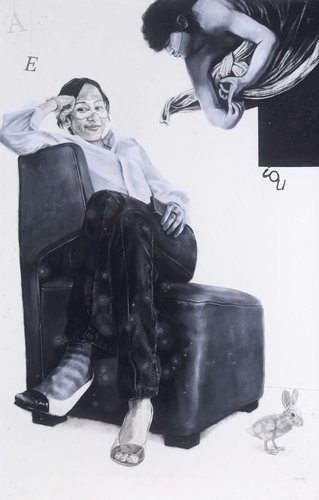 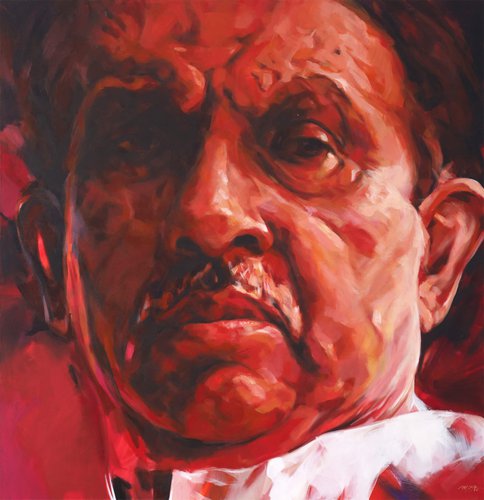