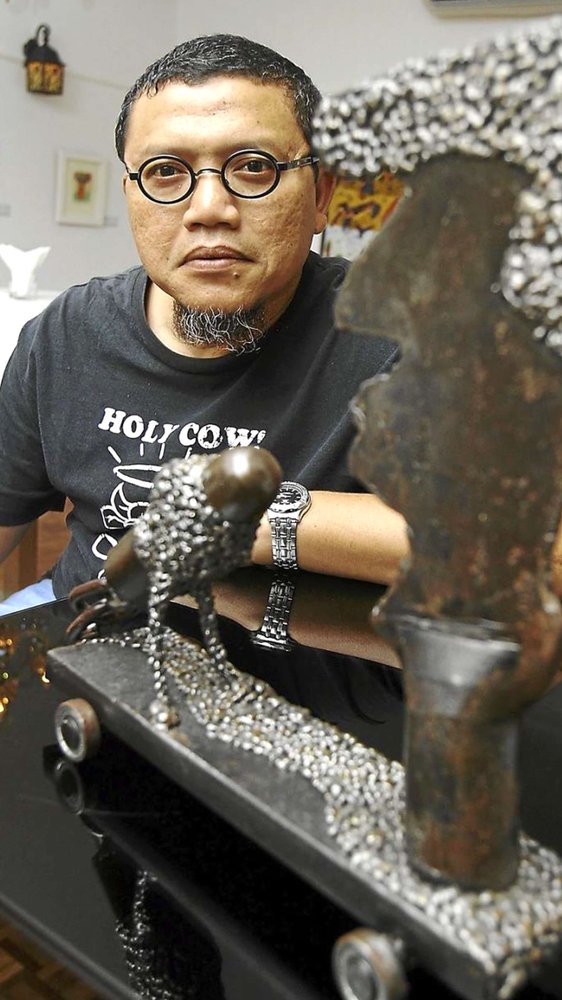 Socio-political artist Noor Azizan Rahman Paiman is well known for producing witty commentaries through the use of unique, illustrative caricatures. Often rendered on scraps of papers, from diaries for example, these commentaries provide a witty insight into Malaysian life and politics. Paiman has described himself as a ‘back-dated reporter’, inspired by the rapid developments he witnesses in Malaysia, and his practice may be seen as a living record of Malaysian life and times. A penchant for constructing a single larger work from several smaller components, such as in Malaysia- 365 Days of 2008, hints at his training in sculpture and an ability to visualise concepts three-dimensionally.

Born in Malaka in 1970, Paiman today lives and works in Perak. He received a BFA from Universiti Teknologi MARA, Malaysia in 1995 and an MFA from Manchester Metropolitan University, UK in 2001. He has been invited to participate in several exhibitions in Malaysia and abroad, including the Fukuoka Asian Art Triennial (1999), Asia Pacific Triennial of Contemporary Art (Brisbane, 2006) and Singapore Biennale (2016).