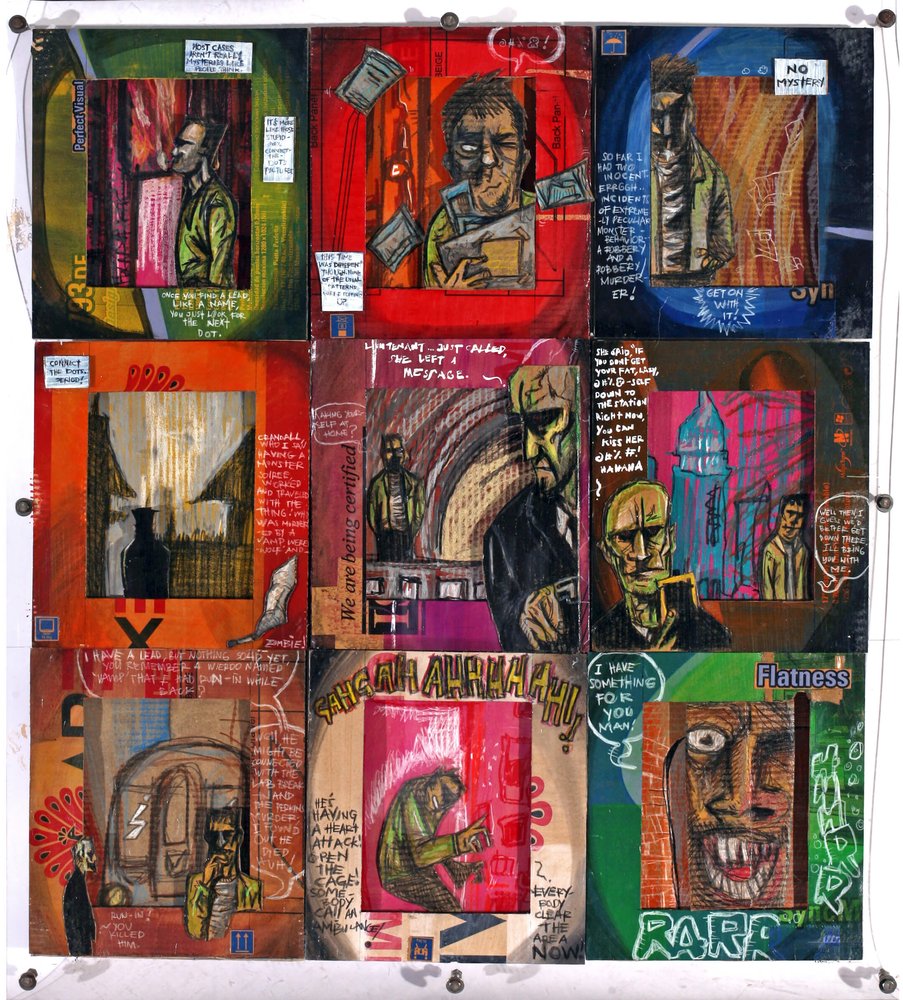 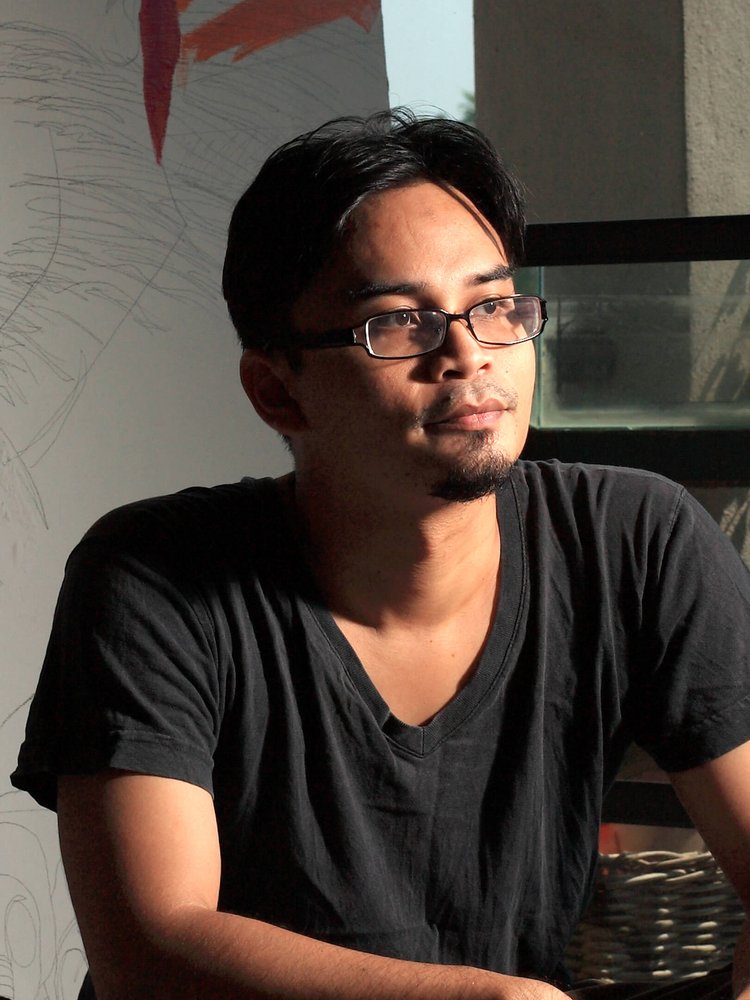 Maizul Effendy has been working actively in the performing arts scene since 1996: actor, director, set designer, and stage manager, among others, garnering several awards for his efforts. His involvement in the visual arts goes back further. He began exhibiting in 1992, and has displayed a penchant for populist-inspired art, particularly for illustrations in graphic novels and comics.

The individuals – agreeably diverse - that Maizul counts as influences are indicators of the artist’s own style and practice: Malaysian artist Lee Joo For, Japanese artist Takashi Murakami, Berlin Dadaist Raoul Haussmann, and the fantastical tales of Neil Gaiman have fired his creativity.
However, it is perhaps Apotik Komik, an outfit of artists based in Yogyakarta since 1997 that can be seen as most precursory to Maizul’s artworks.

Apotik Komik is best known for its contributions to the Indonesian comic art scene and its landmark exhibition featuring wall-based comics (comics displayed in the traditional exhibition style of fine art and not in the standard practice of print). There is a flavour of agitation in their practice, against the backdrop of a country whose authoritarian past is not far behind.

Maizul’s Bodoh… bodoh… Bodoh… (Stupid… stupid… Stupid…) (2006) is produced in this vein, borrowing the storyboard format and simple imagery of comics. The sprawling work, made of re-cycled cardboard boxes, is an extension of a short story created by a friend.

Over 26 frames created for wall display, it relates the tale of the antagonist, Si Perokok (The Smoker), and challenger, Mesra Konon (Apparently Content), who both stand for the artist’s opinions on discrimination and capitalism. This signature piece was itself intended for a comic books series, and was developed from rough sketches and drafts produced during the artist’s spare time.

Maizul states that the hung series brings “relief” to the viewer. The work is also a by-product of the artist’s theatrical experience, producing and directing short films and plays. Indeed, the narrative in this work is a moving one (consider a storyboard that depicts events in sequence and the cues lent by the descriptive text beneath the panels). The format and tools of comics and graphic novels in Maizul’s practice nudges it towards satire – again, a direct link to theatre.

Territory (Series 1) and Territory (Series 2) (both 2007) touch on a more global scale. The artist toys with the idea of myth and superheroes, and the blurring of lines between reality and fantasy for many readers. These works, assemblages of smaller cutting boxes, are satirical pieces that lament the struggle to maintain cultural identity against the onslaught of globalisation. The artist also refers to the presence of the ‘Western puppeteer’ (‘Tok Dalang Barat’), in a reproach of Western dominance of the global values system. 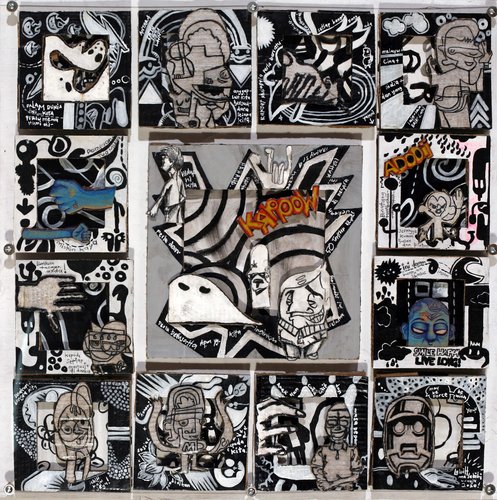 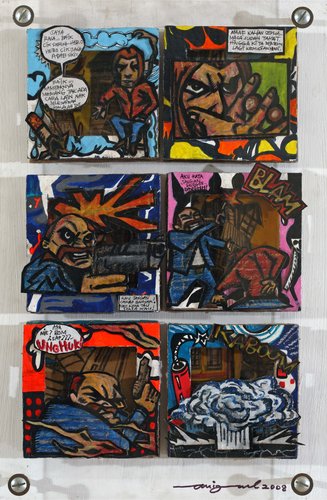 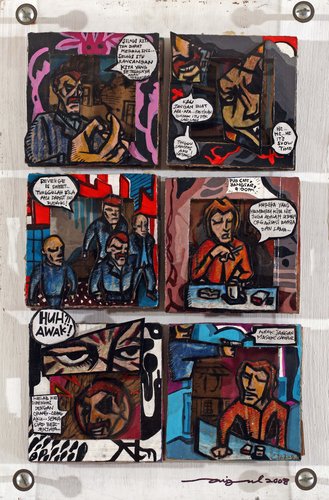 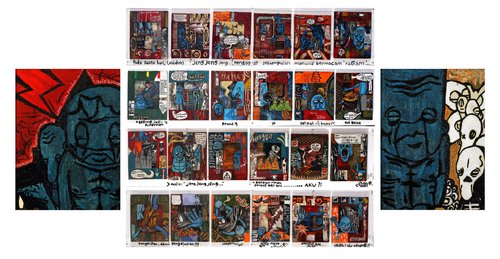