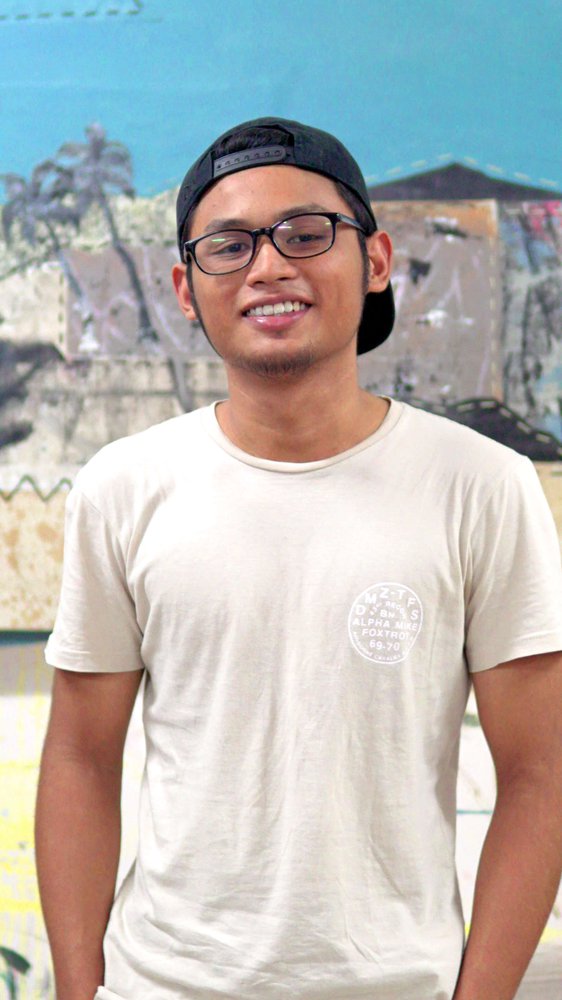 Izzat Hamdan seeks to express the aura of the physical spaces he encounters through a series of mixed media canvases, which seem grounded in Post-Formalism concerns. Relating the ephemeral ‘feeling’ residing within a space to different experiences, memories and people has given rise in recent years to a series of mixed-media landscapes which may be viewed as metaphors for his personal experiences and struggles as a young artist. Similar to the pages in a diary they are an expression of Izzat’s personal experiences within his studio, and attempt to balance his often solitary experience as an artist with his responsibility to his family and engagement in wider society.

A natural eye for colour and composition become apparent when it is realised that Izzat seamlessly constructs his vistas by stitching together scraps of found canvas. Some of these canvases are salvaged from the studios of other artists, some are slivers of raw canvas left over while others yet were abandoned after he initially began work on them. Realising areas of collusion between his found material he begins building up imagery in a technique that parallels collaging. Joining them with thick lines of embroidery he layers on colour, drawings or small scripts of text. That his finished visuals are highly atmospheric, inviting viewers in to be enveloped in meditative cocoons of his making, indicate a high level of technical skill and sought after poetic narrative quality.