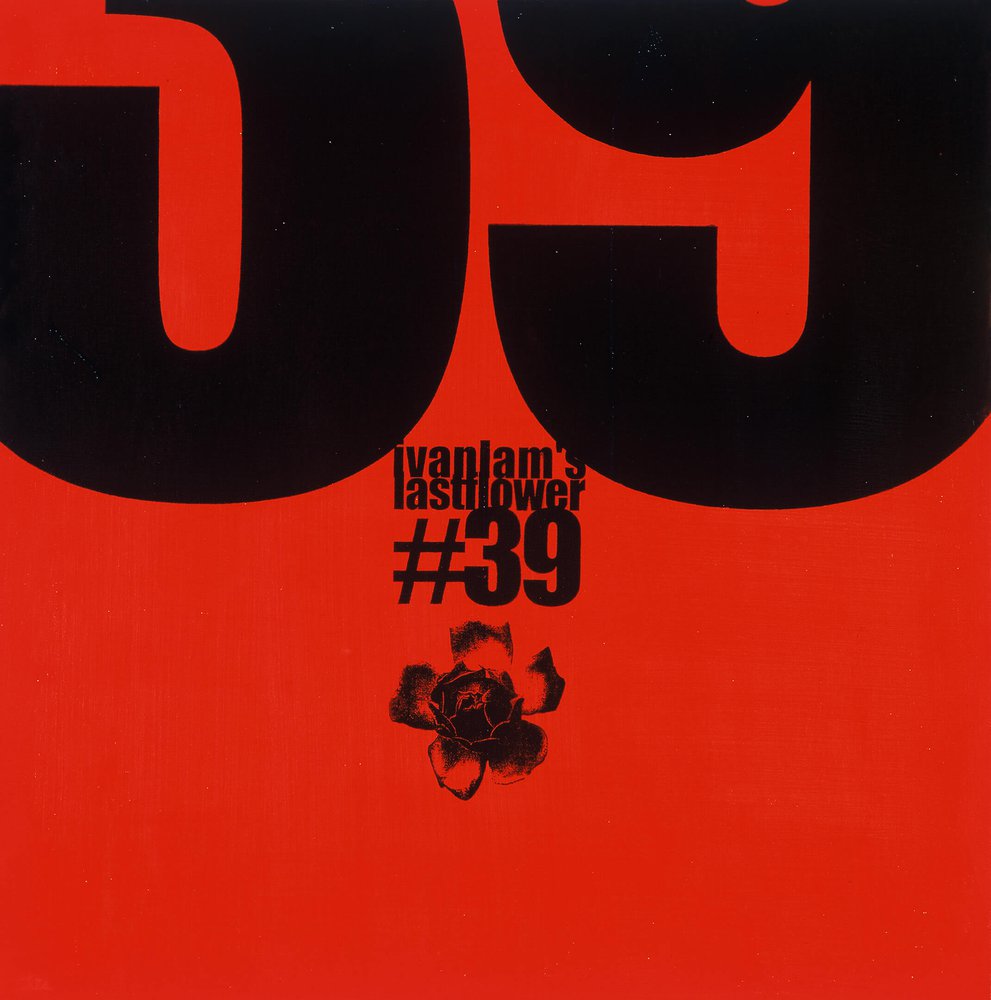 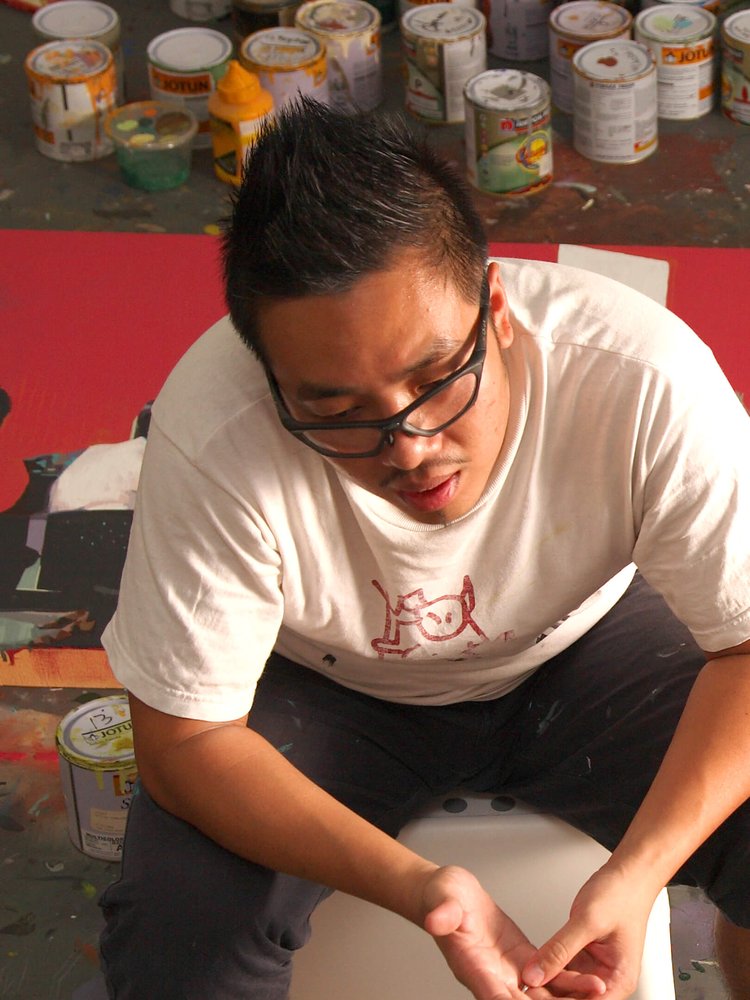 A general classification of Ivan Lam’s paintings would lean towards the label of Pop Art. The works utilize popular imagery and culture, employ the tools of mass production, and, combine the principles of design and commercialism.

Pop Art – specifically the variant that emerged from the United States of America in the late 1950s - was seen as a rejection of the elitist trappings of post-war Modernist movements. It can be argued that Lam’s paintings depart from the dominance of abstraction in Malaysia, offering audiences artworks that are easier to relate to.

Contemporaneous demands include a need for recognizable images or symbols and Lam’s paintings tick all these boxes.
Early influences include the American godfathers of Pop Art, Jasper Johns (B.1930) and Robert Rauschenberg (1925-2008). Lam’s themes have covered much ground, from the quotidian (an eye examination in Eye [1996]), objects in the realm of boy/manhood (Evo 7, GT-R 34, or, Battleship Grey – all 2003), to events and landscapes sourced from photographs.

References to the mechanical or machinery are suited for Lam’s works. In his art, the freewheeling drips and lines of abstract works are shunned for a mechanical precision that best embodies our digital age.
His early silkscreen works (especially those produced between 1996 – 98) feature mass-produced images appropriated from magazines or books.

In the following decade, however, the artist decreases his dependence on the machine in favour of a practice that juggles the full potential of his tools, as well as his own painterly skills. This is most evident in the artist’s CMYK series, where the subject matter is a pastiche of masterpieces from the canons of Western art. In David (2005), French history painter Jacques-Louis David’s (1748-1825) portrait of Madame Raymond (1798 – 99) is reproduced with a grainy quality that, to any modern pair of eyes, would resemble a low-res digital image blown up, resulting in heavy pixelation and reduced definition.

The artist says, “I wanted to push my silkscreen skills to the limit to see where and when it will break.”
Edgar Degas (1834-1917), Michelangelo (1475-1564), and Vermeer (1632-1675) are also re-worked. The series includes horizontal landscapes – trees and foliage washed in the changing hues of the four seasons, such as in Beautiful Mistake (2005) – that also utilise the pixelated effect.

Lam represents a younger generation of Malaysian artists whose oeuvres embrace an amalgamation of the old and new, East and West. He looks to old masters, such as Caravaggio (1571-1610), to exploit the dramatic qualities of light and shadow on figures, whilst borrowing the language of postmodernism to convey his arguments; Richard Prince’s tongue-in-cheek approach is notable. Lam translates the influences through various means, such as text-image combinations (Ford and Insomnia [both 2002]), or, ironic titles, such as The Last Flower (2004), which was part of a swansong series to mark the end of the artist’s submission to the limiting demands of the art market.

Lam has utilized a variety of media, including light boxes (1999), fax paper, found objects (Symphony of Our Children [2003] uses toggles from children’s toys; an umbrella shields the viewer from a torrential storm and Hokusai’s waves in Wave (YEAR) synthetic household paint (Surgery [Sorry Sir But We Did Our Best] [2007]), and PVC. 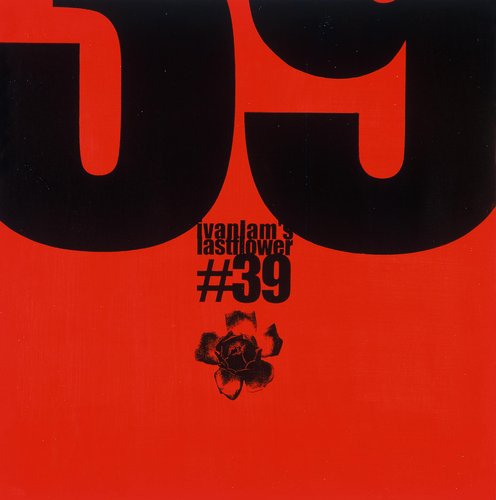 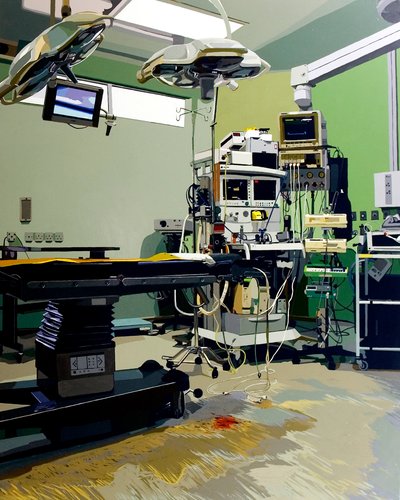 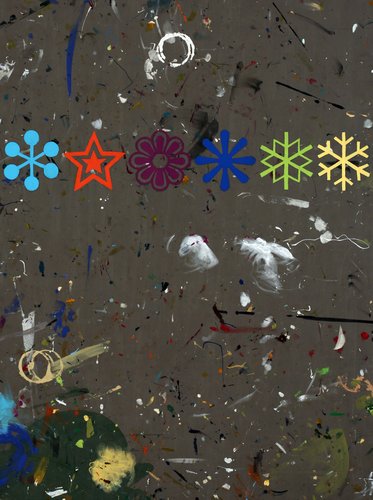 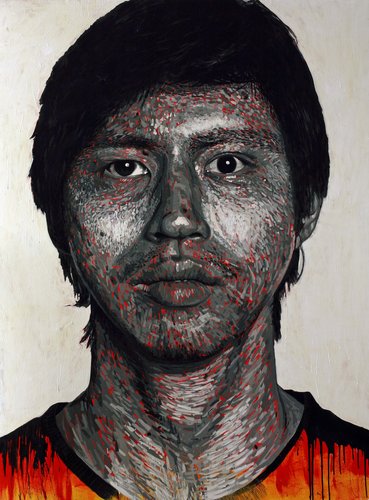 The First Truculent Argument Between The Aloof.. (2007) 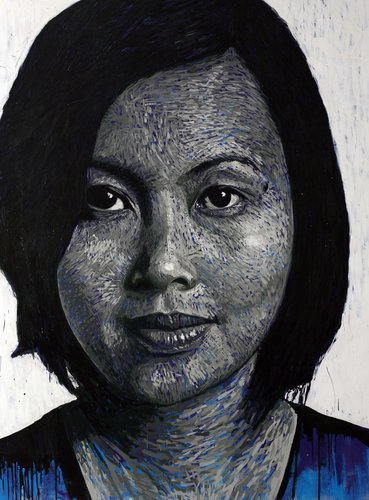 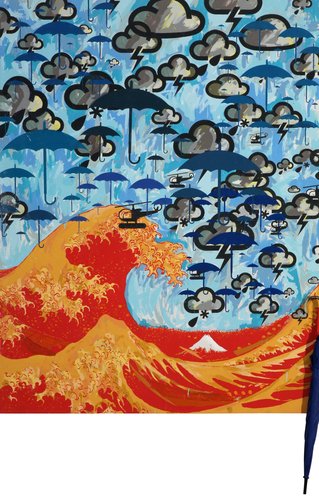 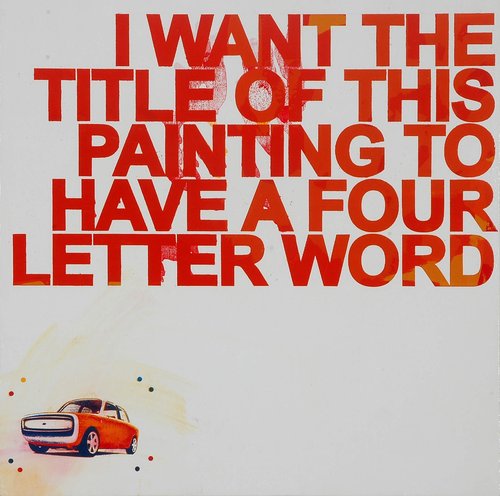 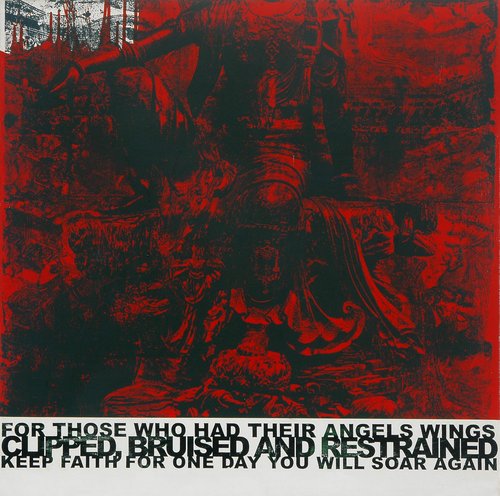 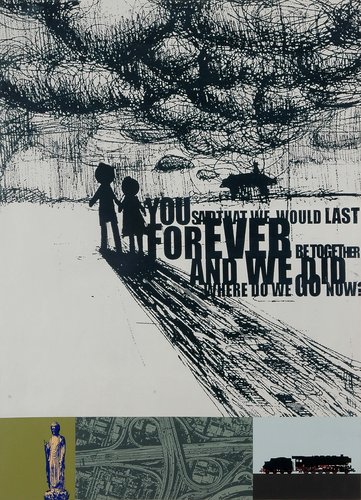 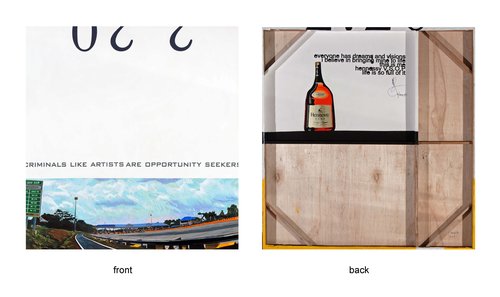