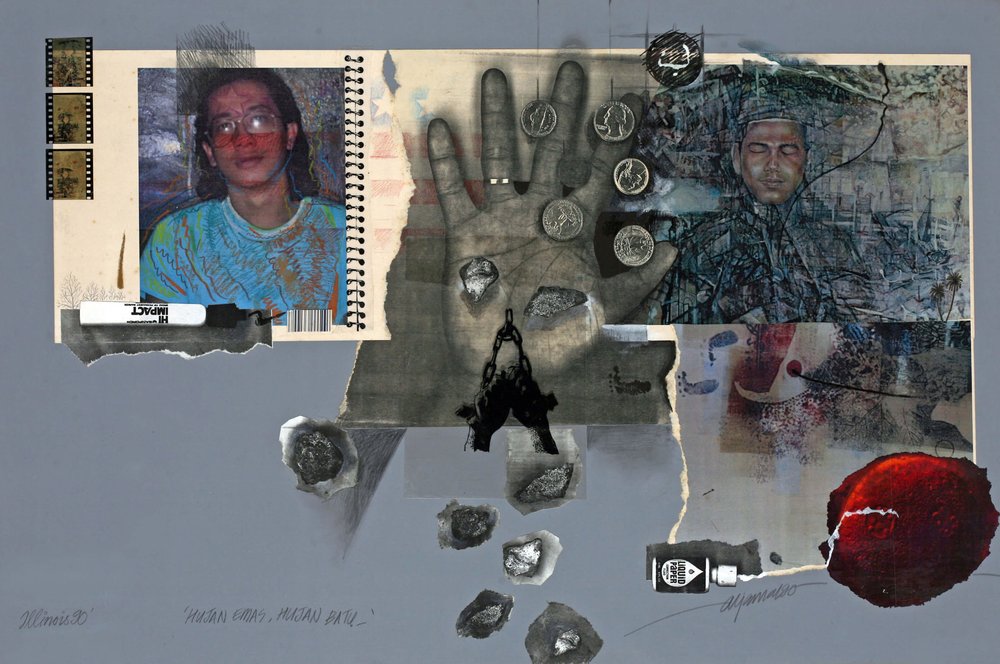 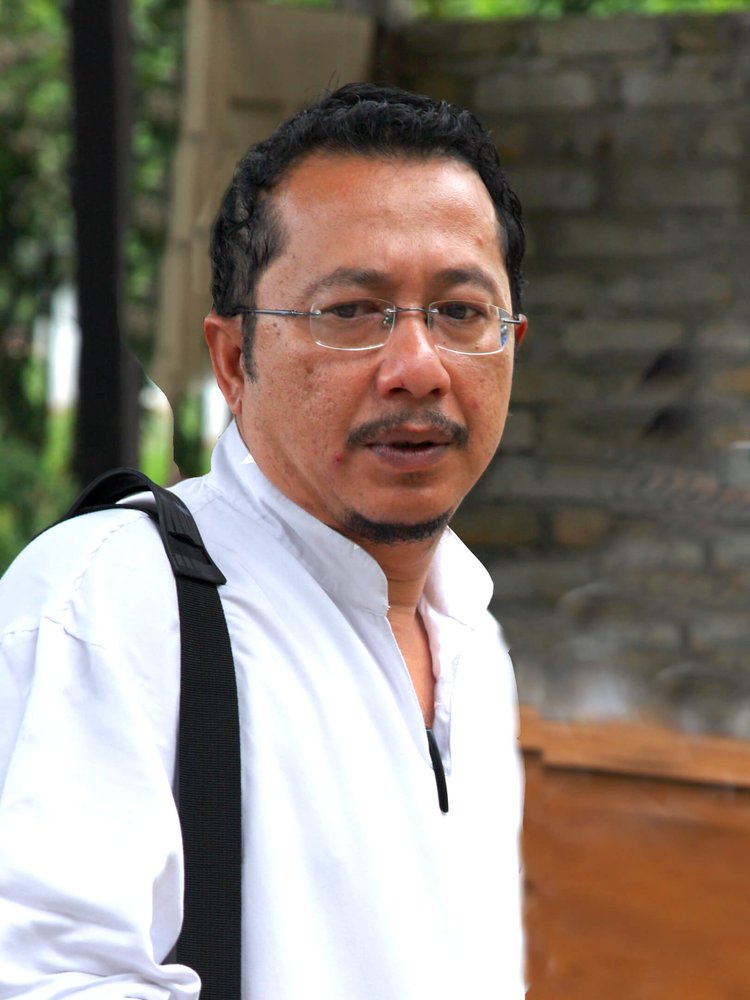 Hasnul Jamal Saidon belongs to a generation of artists who benefited from the diversity of talented tutors at UiTM in the 1980s.
He learnt from dedicated teachers such as Joseph Tan and Ruzaika Omar Basaree (foundation year); Fauzan Omar and Chong Kam Kaw (painting); Ponirin Amin and Awang Damit (printmaking); Zakaria Awang and Ariffin Ismail (sculpture); and Ismail Zain and Amron Omar (drawing).

It honed a solid set of skills, with draughtsmanship - particularly realist depictions - as his forte. He gained the ‘Best Student’ prize from both the Fine Art and Art and Design departments upon graduation. Further education was to present itself, after the founding a short-lived collective 4Persepsi (4Perceptions) with a group of fellow students.

In the United States, the influences of postmodernism and critical texts on media (especially that of Marshall McLuhan) honed the artist’s theoretical practices, initiating a passion for in-depth explorations and deconstruction. His mature practice, for example, has covered ground on cross-cultural paradoxes, the media, information technology, and their impact on our cultural identities.

Nascent elements of these topics were already present in early works abroad. Hujan Emas, Hujan Batu (1990) summarises the artist’s keenness for emerging mediums and technology. Highly experimental and naively confident, the work juxtaposes innovative and traditional elements: coloured Xerox images and the compressed foam board share company with coins and stones under the gaze of the artist’s self-portraiture (in Western garb and a fictional image in traditional Malay costume).

The composition relates that the artist remains loyal to his roots, despite the opportunities that accompanied exposure abroad.
Nevertheless, the experience inspired a wider embrace of technology as his practice crossed over into electronic arts.

His seminal video installations such as Kdek!Kdek!Ong! (1994), not only tackle viewer-spatial relationships and the flux of old and new (the contrast between the animated frog and the tempurung [coconut shells] and batik), but also confront socio-political concerns. Hasnul capitalized on the wider possibilities of technology in the 1990s. It led the artist-academician to join forces with Fauzan Omar and Niranjan Rajah and create the groundbreaking Intergrated Art programme at UniMAS, Sarawak.

After a 10-year absence, the Noughties saw Hasnul return to painting with his Hijab Nurbaya (Veil of Nurbaya) series that raises questions on female representation and identity. This body of work stems from the artist’s global art experience and re-examination of the patriarchal tendencies in Malaysian art, especially its central pillar, Abstract Expressionism. In Penjaga 3 (2002-03), the artist toys with binary opposites. The exclusion of the subject’s face negates the opportunity to objectify, or even gaze at, the woman.

Korporat (2006), on the other hand, challenges the myth of the traditional Malay woman. Hasnul appropriates Hoessein Enas’ Minah (1958) and updates her for the new millennium in corporate gear. It is a commentary on the roles of the quintessential gadis Melayu (Malay girl) and the emancipation she seeks from traditional strictures.

Its potency is doubled with the postmodernist flavour of reproduction; Hasnul’s work is a digital re-creation of his drawing of the original by Hoessein Enas, thereby lowering the aura of the original and inadvertently heightening his own. The work’s theme is by no means derogatory, but – like the shift from old artistic mediums to new ones – indicates that change is inevitable. 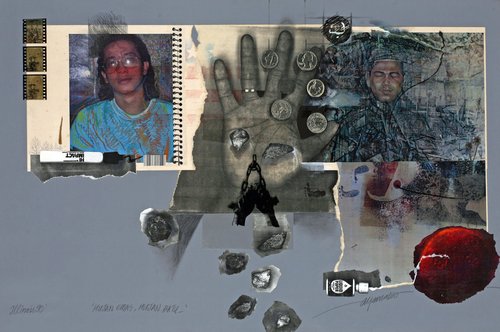 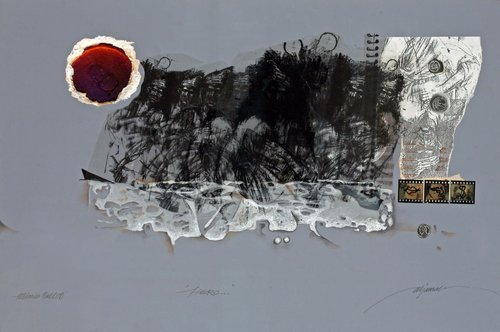 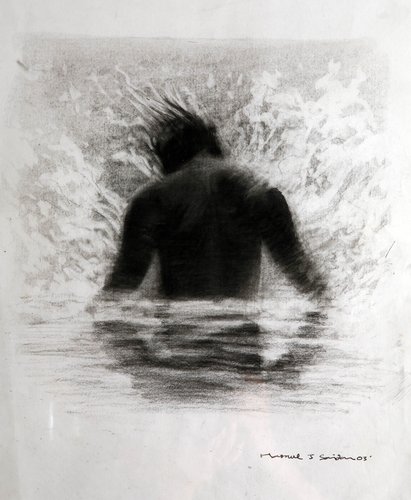 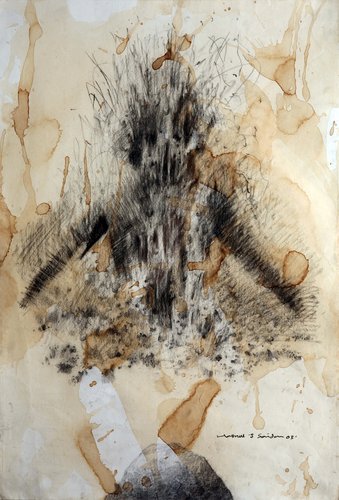 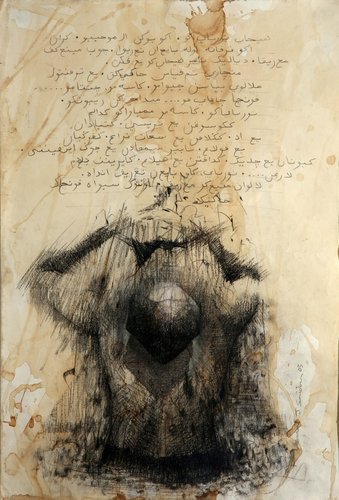 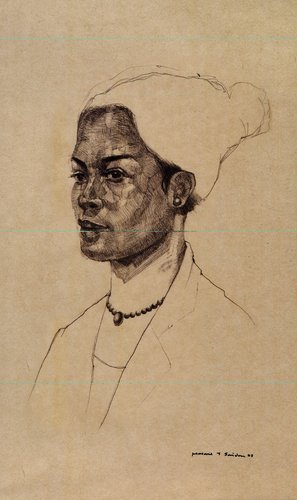 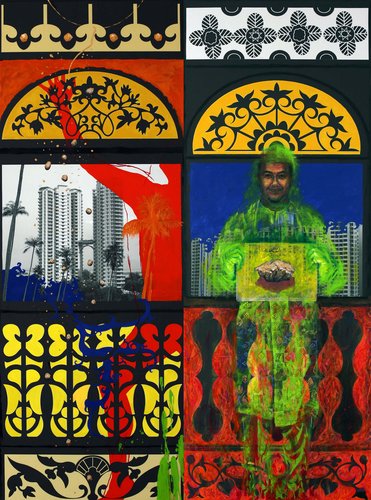 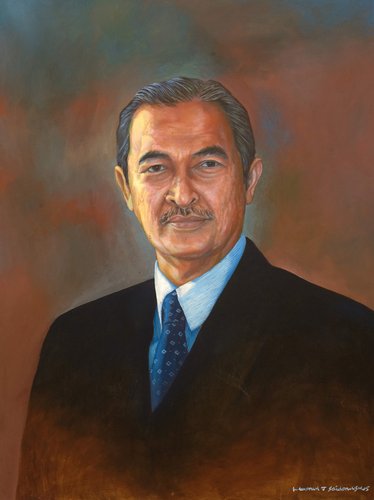