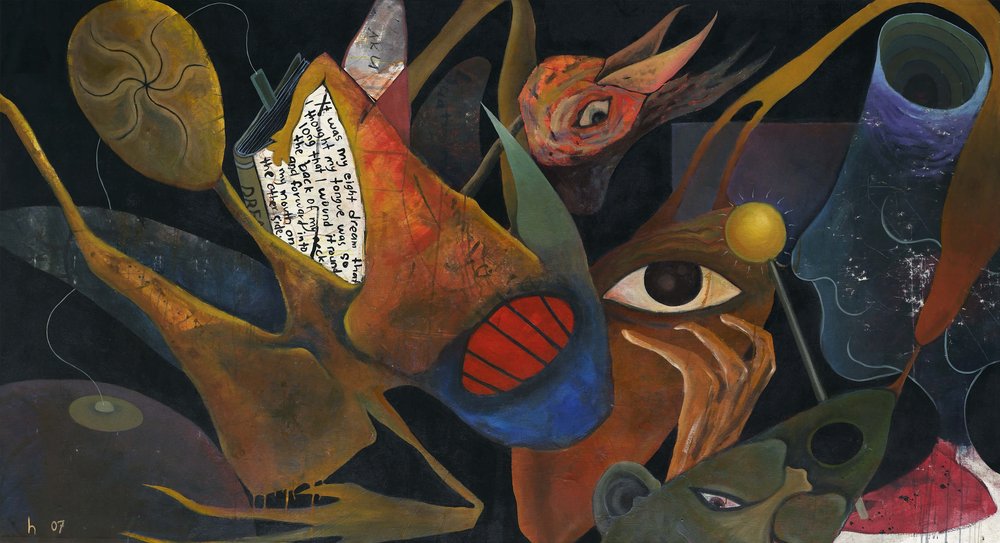 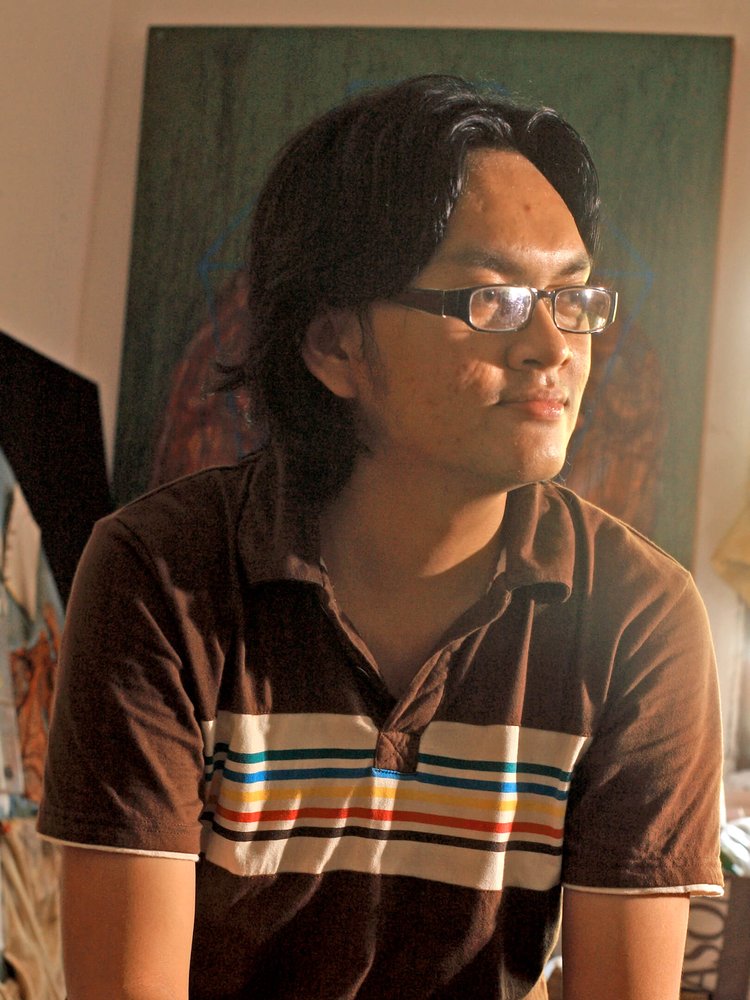 The potpourri of influences on the artworks of Haslin Ismail is arguably exemplary of the postmodern generation that has come of age in the global village shrunken by technology. The torrent of information enabled by the Internet has enabled a diversity of inspiration. The immediate consequence is a break from the stranglehold on Malaysian art by American Abstract Expressionism, and also a shift away from the single painting.

He is also part of a group of young artists, Sebiji Padi, whose common denominator is an interest in the Surrealist movement of the early 20th century. Haslin’s drawings in this collection can be seen as individual artworks in their own right and serve as bridges towards his mixed media canvases.

The artist’s mastery of draughtsmanship comes to the fore in drawings such as Passion (2008) - note the lifelike details of the hands - and The Great Stress (2008), a homage to artist couple Jeanne-Claude and Christo, best-known for their ‘wrappings’ that alter the character of chosen subjects (islands, buildings, and trees, for example). The aesthetics of Haslin’s smaller works and mixed media canvases stem from a childhood dream of becoming a comic book artist.

The themes and characters encountered from hours poring through his elder brother’s comics and posters have materialised on canvas in a broad mixture of topics that encapsulate fantasy, sci-fi and surrealism. Apart from drawings and his three-dimensional works, Haslin also produces artist books. The format of these handmade books, such as Rubbish Book (2007) is closer to the comics and graphic novels Haslin holds dear and also offers a highly intimate glimpse into the artist’s practice.

Rubbish Book makes use of mixed media and collage, techniques that Haslin also deploys in his larger works. The Magic of My House (2007-09) features elements that jut out of the picture frame (the paintbrushes at the top, the dangling blue ball, the drapes at the top, and the small boxes that house figurines) and a juxtaposition of text and image. Once again, there is no single entry point to the work and its essence is both surreal and fantastical.

Haslin’s artworks are possibly manifestations of his psyche, by his admission. The New Concept of Reading in The 21st Century (2009), for instance, is a condensation of his thought process. At the heart of this complex and compartmentalized scene, the artist has presented himself as a small otherworldly character enclosed within a glass cylinder. Haslin’s penchant for imaginative characters bears some similarity with Khairul Azmir Shoib (or Meme), who was once Haslin’s mentor, imparting skills on drawing, painting, and video. However, Haslin’s works have developed a distinct character: more grotesque, chaotic, and layered. 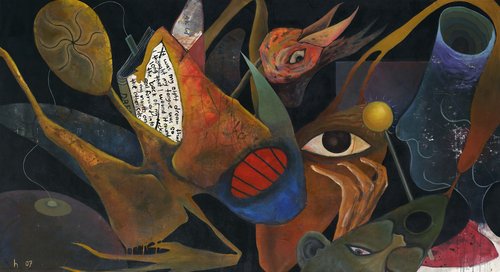 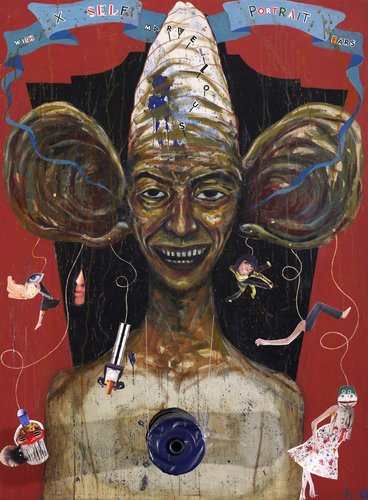 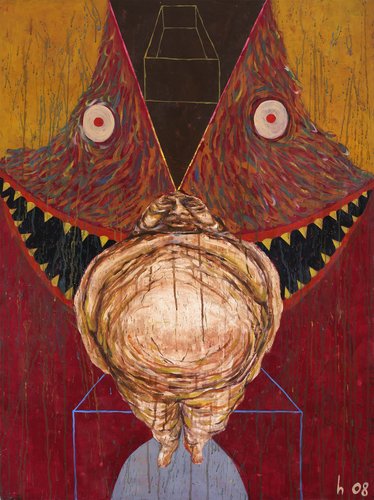 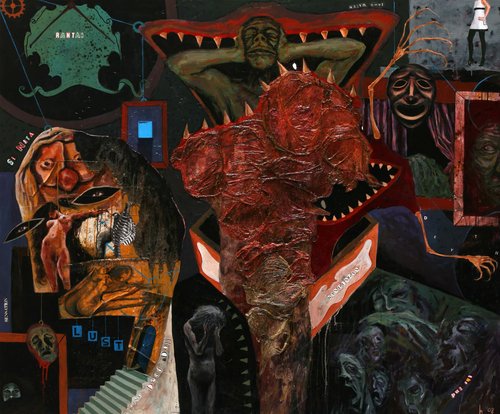 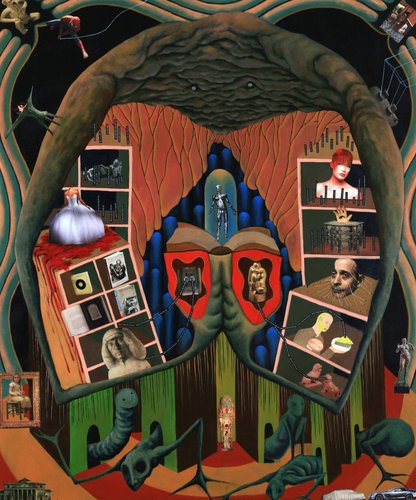 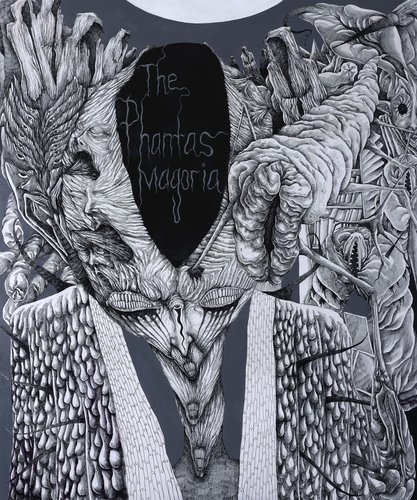 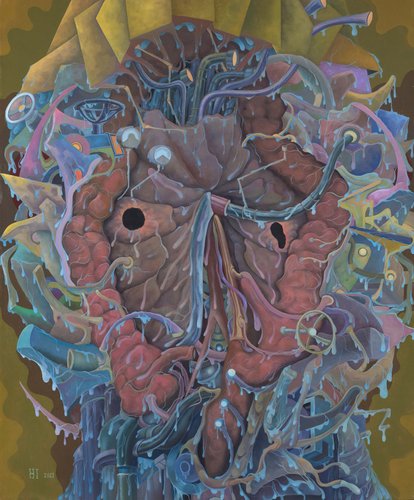 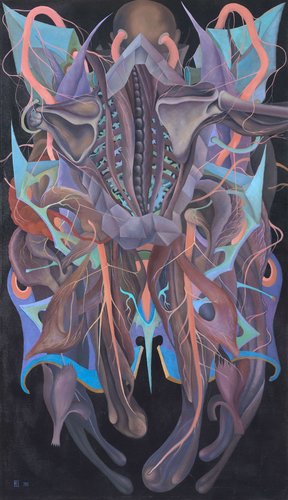 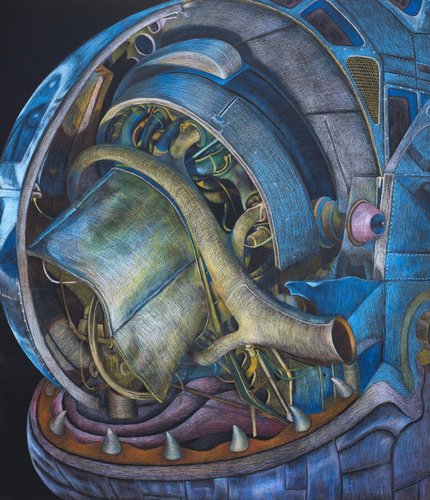 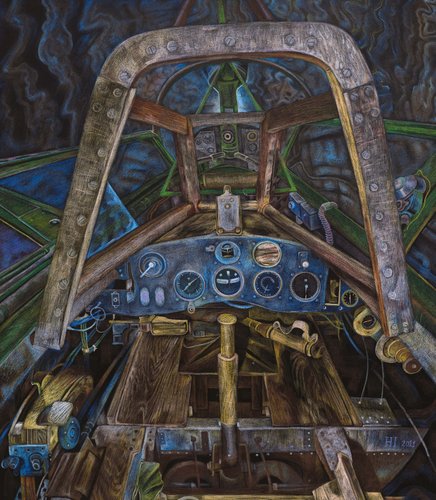 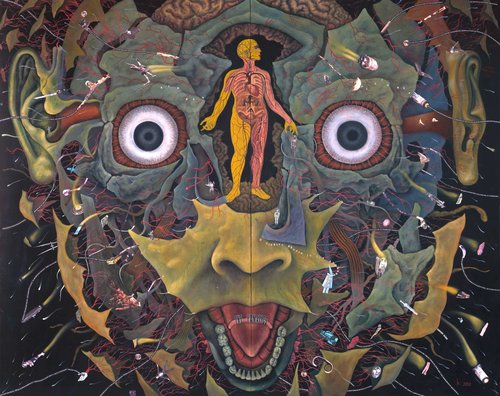 Journey of The Wounded Healer (After Alex Grey) (2010) 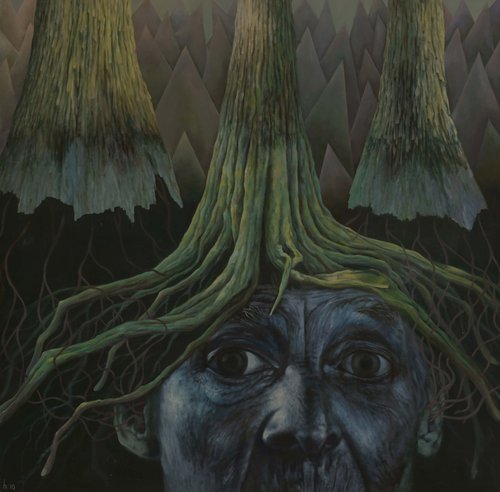 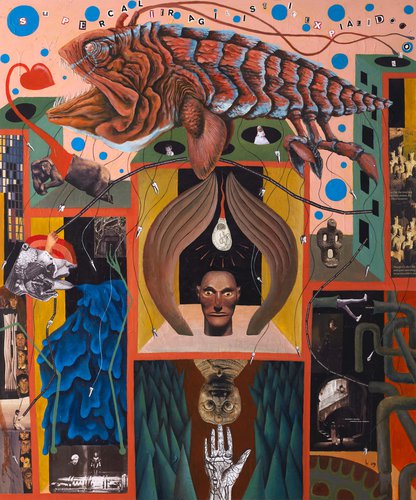 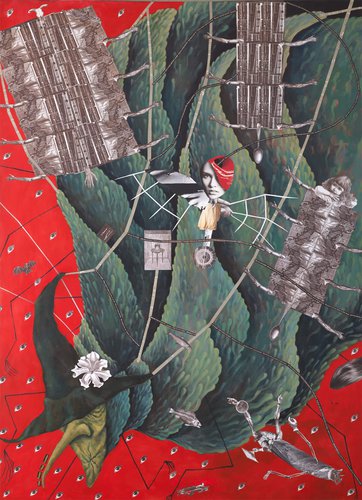 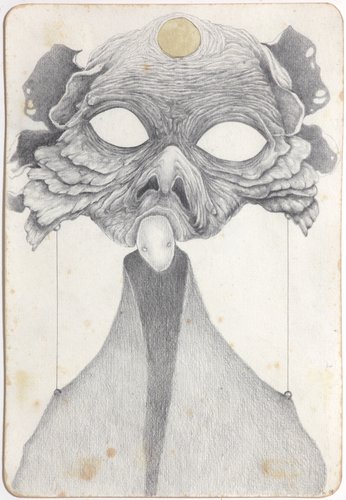 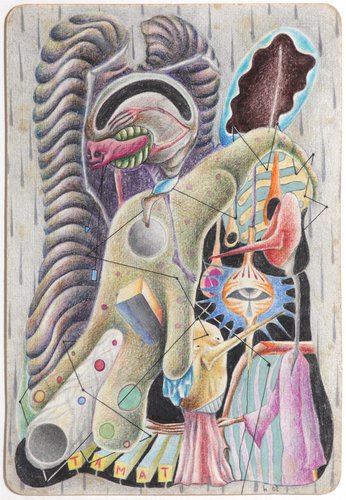 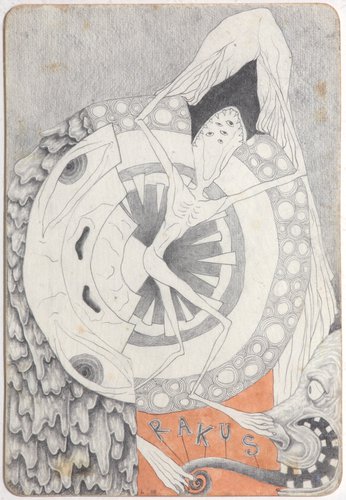 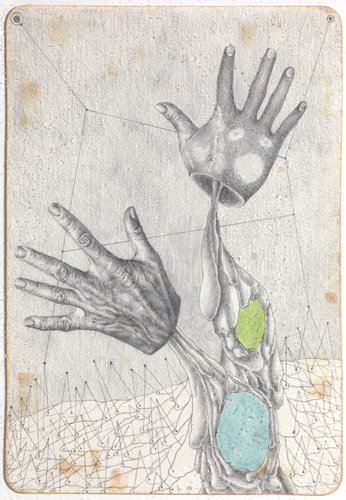