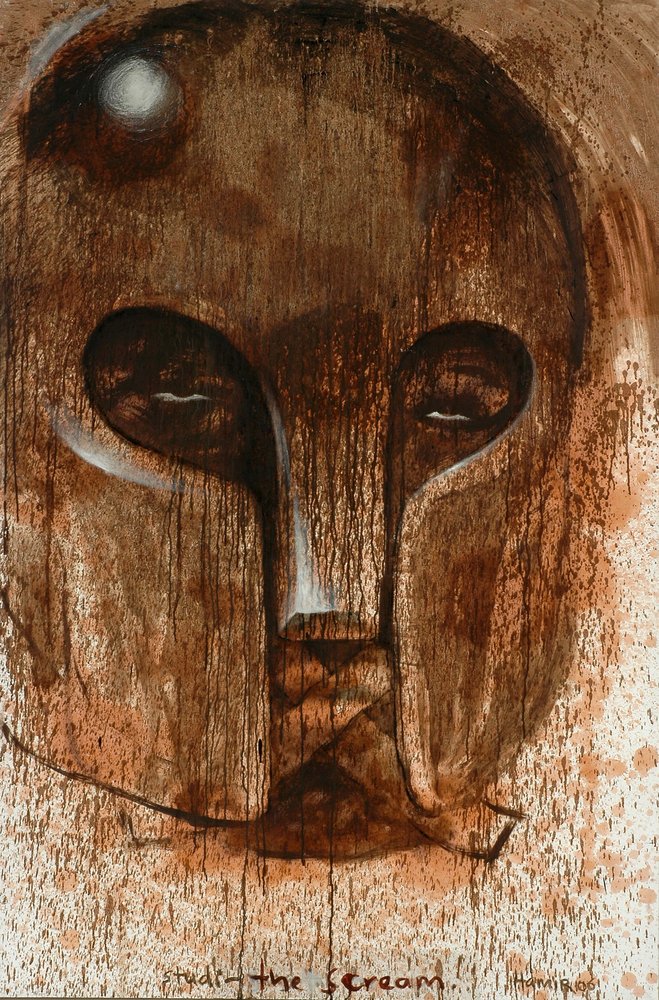 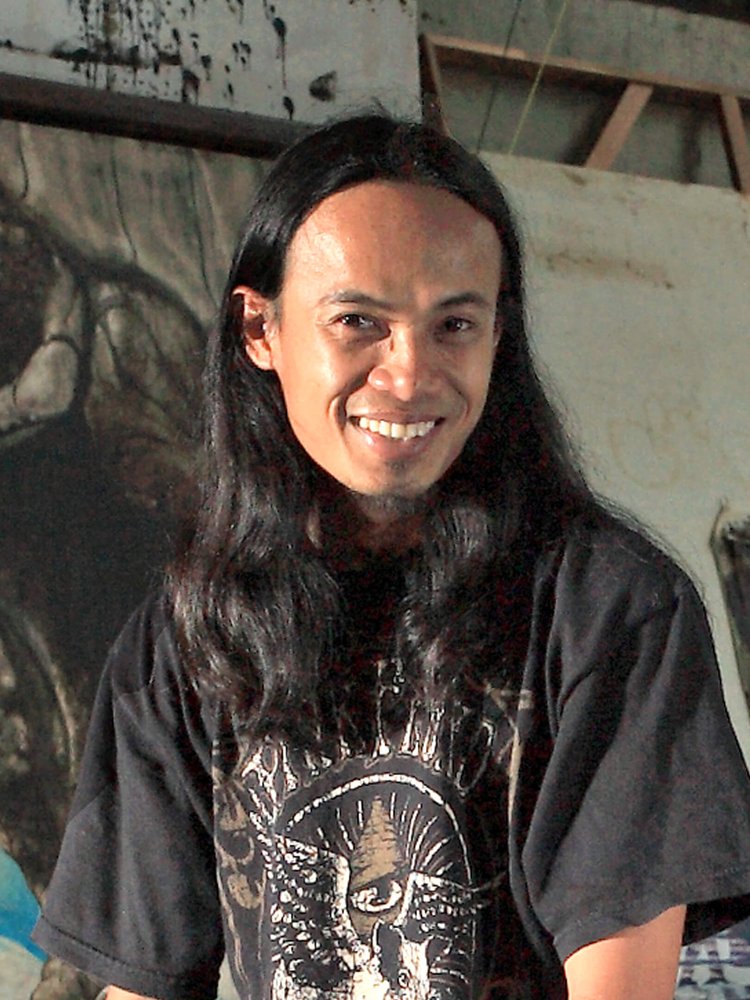 Hamir Soib’s works in the early 1990s leaned towards expressionism. An example from this period is My Mother Was a Ruppertapper (1993). It boasts a limited palette, abstraction, and primordial forms that pay homage to the works of Awang Damit. The artist’s penchant for figures and realism only surfaced in the second-half of the decade – a progression almost identical to fellow Matahati member, Ahmad Fuad Osman.

The Matahati art collective, formed during the five artists time at UiTM, spent their post-graduation years in theatre production with Centrestage. The pivotal experience fed substantially into Hamir’s art: it allowed him to develop a niche for painting with highly realist effects and work with great ease and speed on large-scale pieces. The latter is most evident, as the epic scale of Hamir’s paintings cannot be ignored. Pilihan (2005), for instance, is a mammoth undertaking of astonishing detail which spans four panels.

Pilihan, or Choice, summarises the painting’s raison d’etre: the agony of decisions, inspired by the artist’s situation in that year.
The narrative moves from left to right. The scene unfolds with the tree on a boat, trudging through choppy waters towards the menacing smog in the centre. The tree’s exposed and copious bark reveals the head and hands of a bald and sinister creature (juxtaposed with the vertiginous treetop that reaches for the clouds). On the right side of the painting, the head of a donkey pokes out from the smog, as if gasping for air.

A piece of meat flies carelessly into the waters, foretelling the fate of the poor animal burning away. For the artist, a wrong decision makes a person end up looking like a foolish animal, and lessens the chance of survival. A deeper meaning to the painting would be its link to a major career decision in 2005: his first solo exhibition.The artist is represented by the peculiar creature on the left, heading towards an important crossroad in his life.

The last of the Matahati members to stage his own show, the artist had been conflicted by the struggle between artistic integrity and the commercial demands of the art world. It prompted his decision to form the artist-run studio space Gudang, in 2002. It was a step away from the gallery-dependent route of other artists, and was officially launched three years later.

Personal experiences, especially the quest for identity, form a major theme of Hamir’s works. These are channelled in Pelukis Terakhir… (2005), a painting on raw canvas that details Hamir’s impression of Malaysian artists today: their art has no soul but is only identifiable by labels and residual information. Hamir’s pessimistic view stems from the dependence that painters today have on technology and other aids; for example, projectors, which diminish the notion of an artist blessed with God-gifted talent.

Hamir’s view is that individualism in art is paramount, as it distinguishes artists from the mechanism of cameras. And the parody, Something Fishy… (After Botero) (2006), mocks the pretension of the national airline in paying millions on a masterpiece by Colombian figurative master even as it ignores the work of home-grown talent.

Hamir is also finding a new voice with challenging mediums such as bitumen since 2006, introduced to him by fellow artist, Jalaini Abu Hassan. The Black Rain (2006) is one of the earliest examples in this area. We can see a more refined manipulation of it in Berdialog Dengan Tiang Seri (2007) – a work that sees a mass of figures bowing obediently to the Tiang Seri (a play on the title Tan Sri).

Hamir plays with optical illusions and texture through a series of monochrome paintings, beginning with Itu Sedang Bekerja (2005), where the sky reveals characteristics of Hamir’s all-black paintings that followed. Hitam (2005) is the template of the series that capitalizes on impasto textures; the interplay of light reflecting off the surface of the canvas enables this device. The artist’s fine brushstrokes are intended to reveal depth and space. 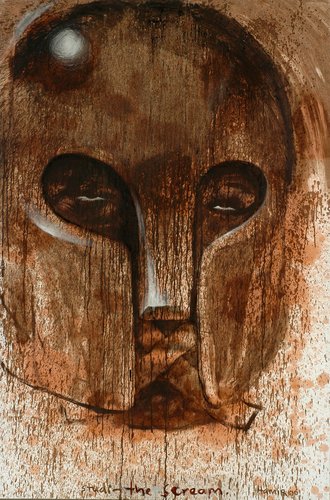 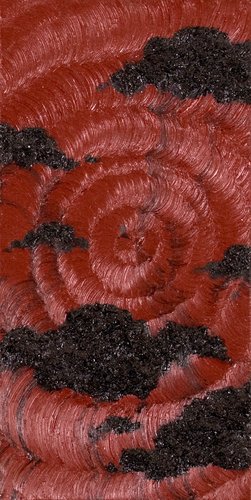 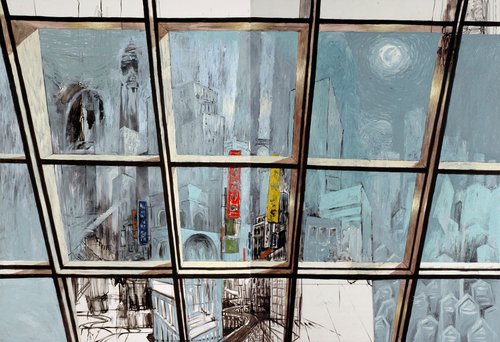 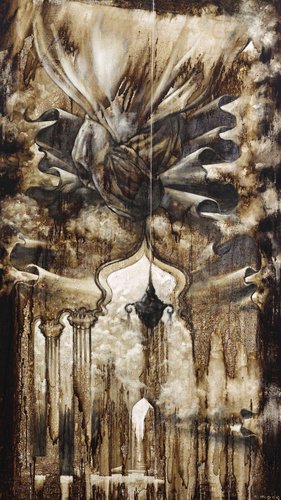 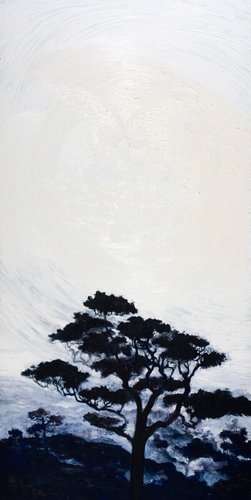 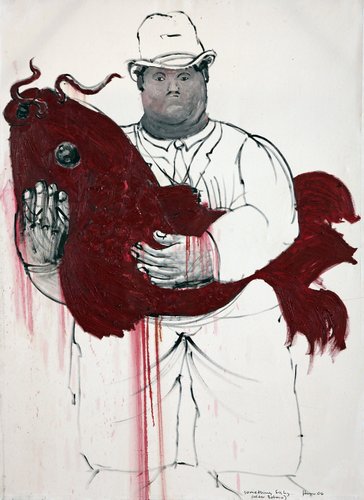 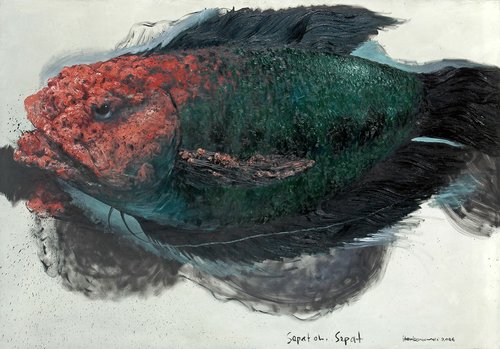 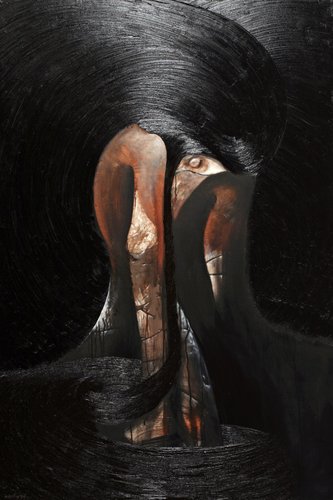 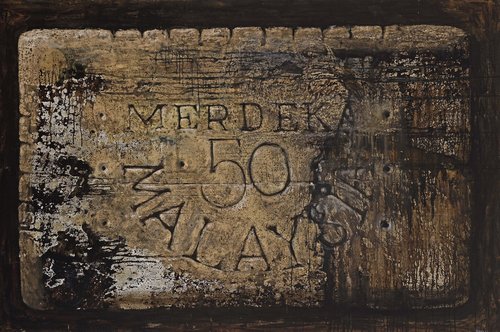 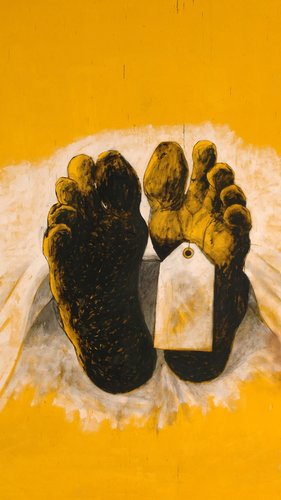 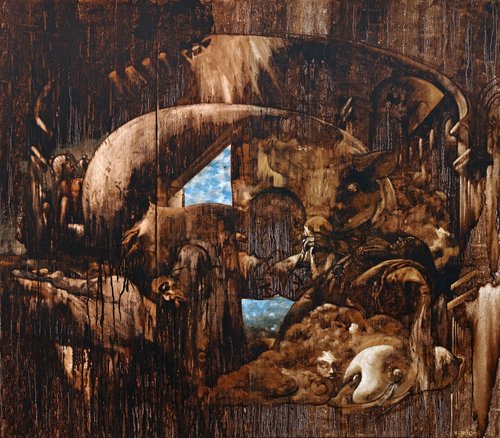 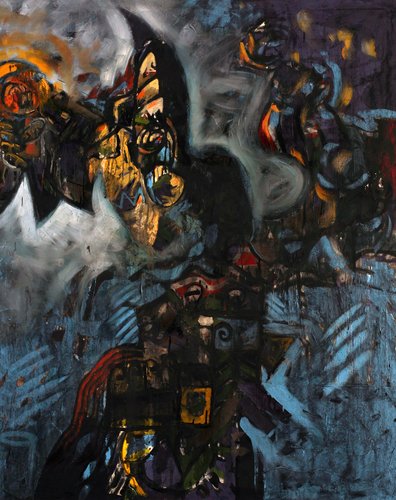 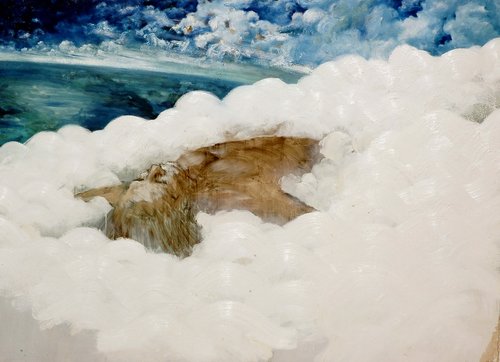 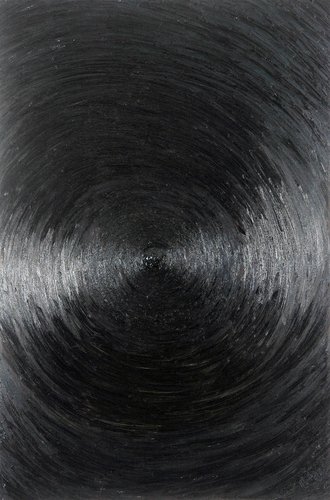 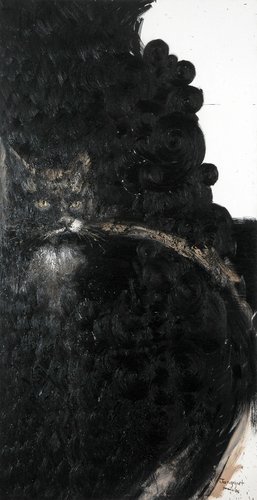 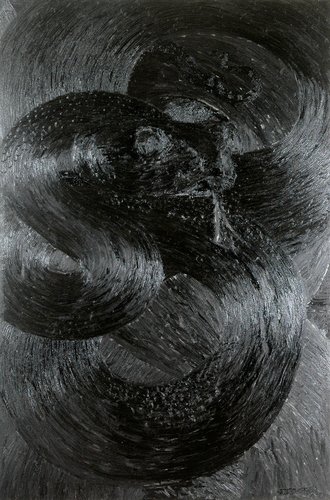 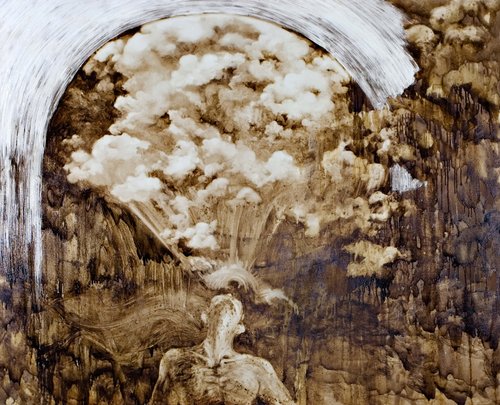 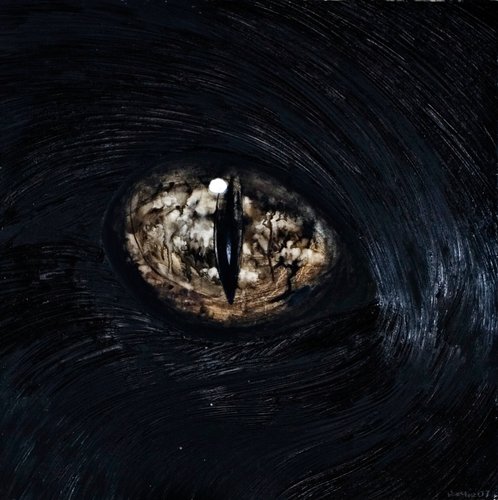 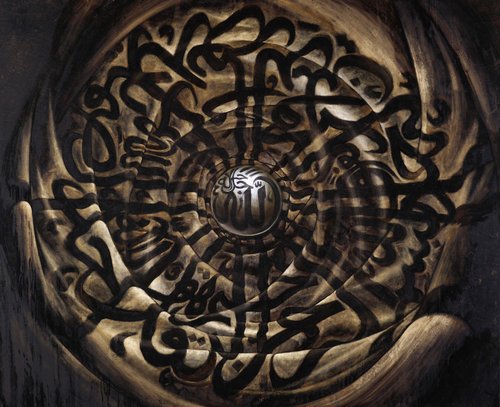 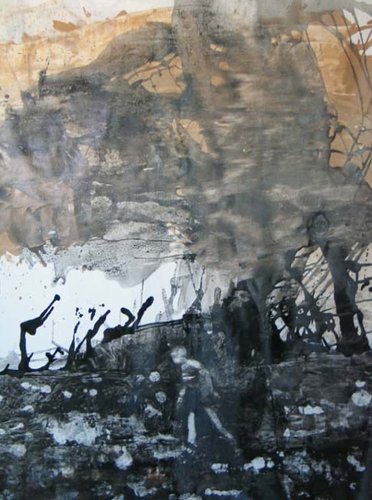 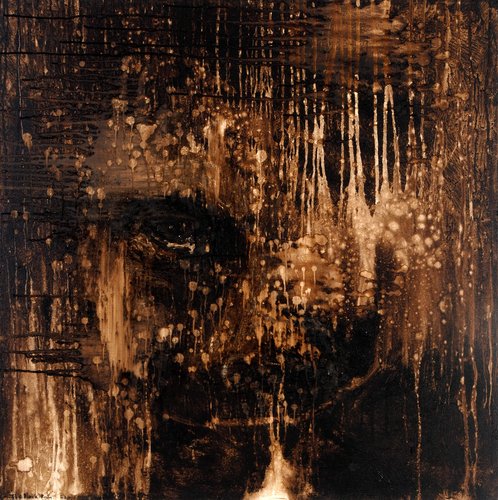