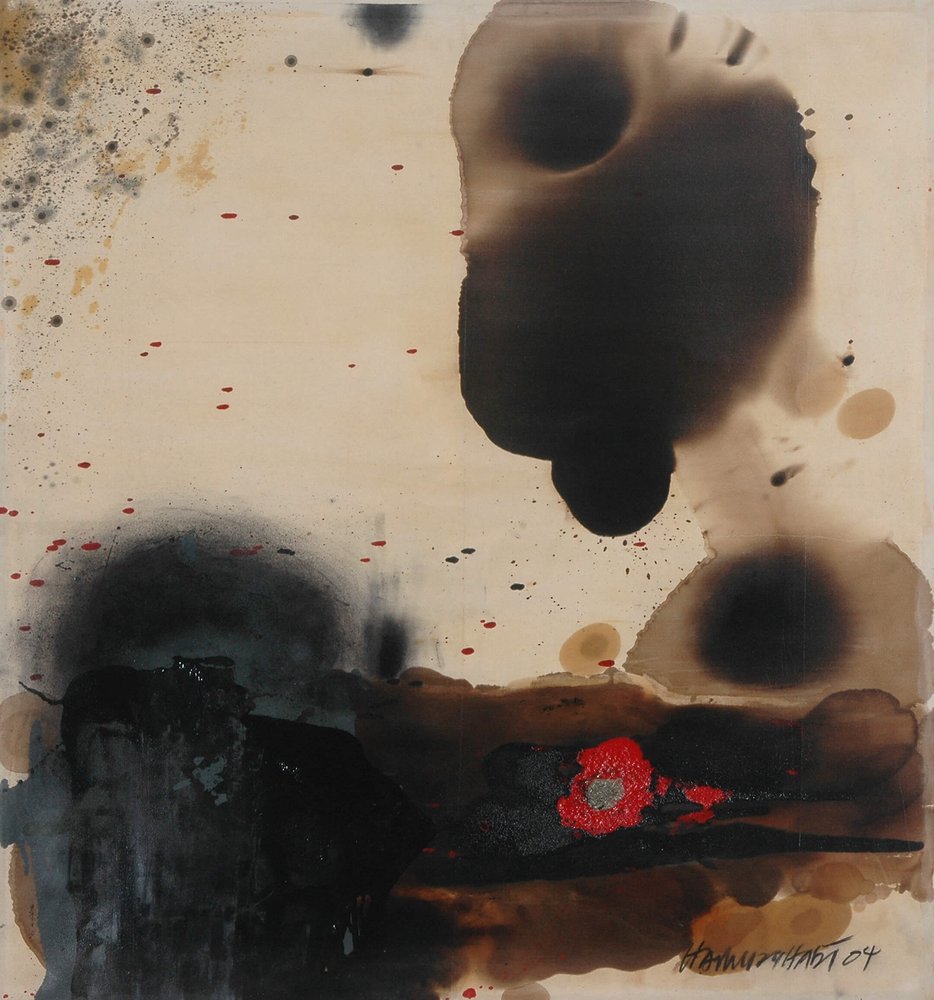 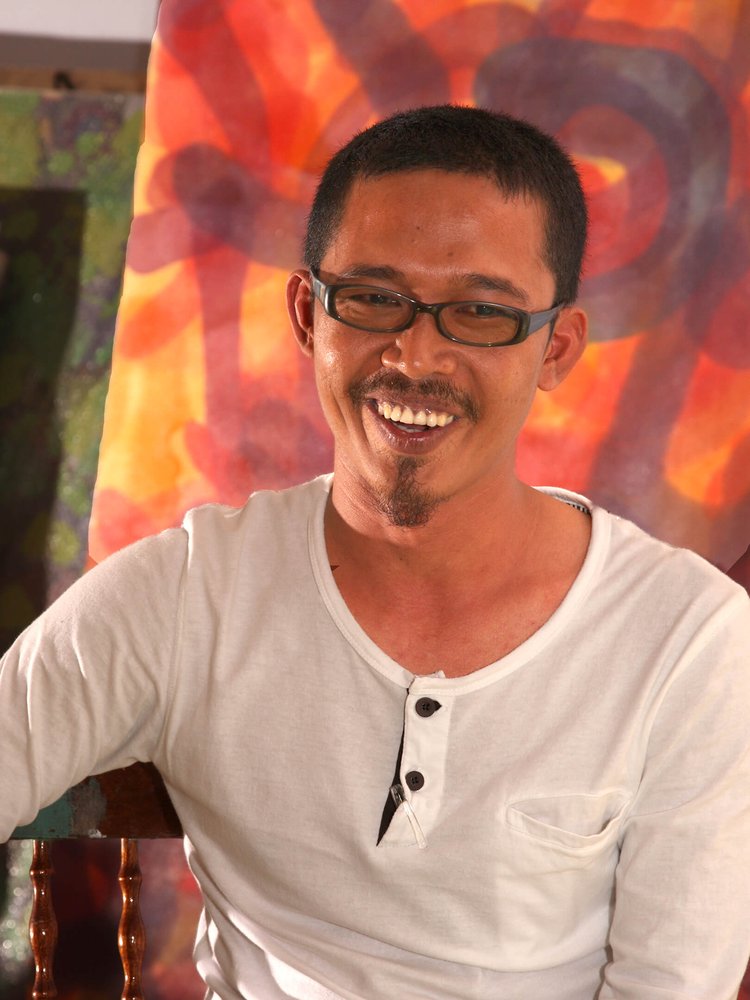 Hamidi Hadi’s early works were predominantly figurative and - complying with the anthem of many young male artists of the period - were highly charged, angst-ridden, and expressionist. The smaller works in this collection Skeleton, Untitled, Man Walk in Landscape II] carry traces of this past; figures are discernable, but possess a ghostly quality that is secondary to the aqueous bitumen-stained landscapes.

In more recent endeavours, however, the artist retracts the figure entirely, marking a seminal shift from the mimetic genre of figuration to abstraction. This leap gestated during the artist’s studies abroad, inspired by necessity; as non-conventional tools were much more affordable than painting material in the United Kingdom, Hamidi experimented widely with them instead.

The switch to gloss and enamel industrial paint allowed him to move away from the formal parameters (of studying the fundamentals of art) that he went through at UiTM. Instead, he latched on to the expressive qualities of each material. This practice owes much to the staunch modernist approach to painting. Hamidi concedes to the influence of the Greenbergian formula; indeed, the formalist quality in his works is undeniable.

The artist capitalizes on the individual characteristics of each of his painterly ingredient to achieve his goal of portraying the exact balance between man (body, mind, soul) and nature. Spirit (2004), for example, expresses the shifty negotiation between nature and the man-made; the industrial materials (bitumen, enamel, and gloss paint) in this work represent the instantaneous nature of modern societies and contrast strongly with the natural elements of linseed oil and resin.

The same can be read of Fuze (2006), a painting that alludes to genetic modification and the impact of science on nature.
Hamidi’s paintings have often been described as serene or contemplative. You Hold My Breath (2006) is a fine example of the artist’s skill at manipulating his medium; the silver aluminium paint gives the impression of shimmering rainfall and the large-scale canvases represent the enormity and sublimity of nature.

Nature is constantly referenced in Hamidi’s works. The consistency stems from his surrounding environment in a relatively rural part of Perak where he teaches at the Seri Iskandar branch of his alma mater. 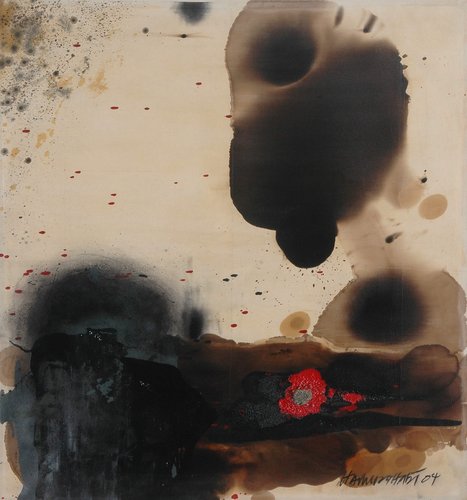 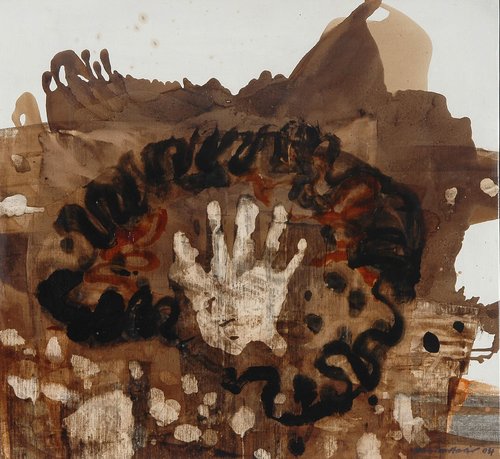 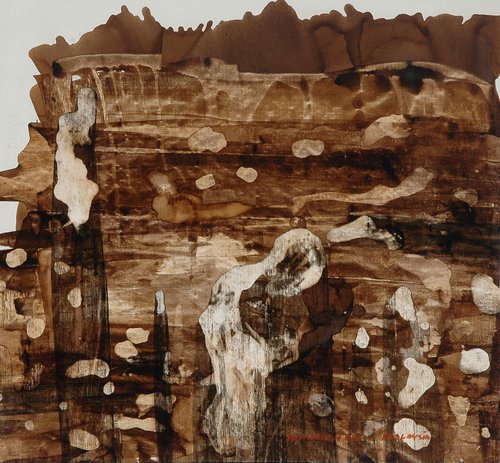 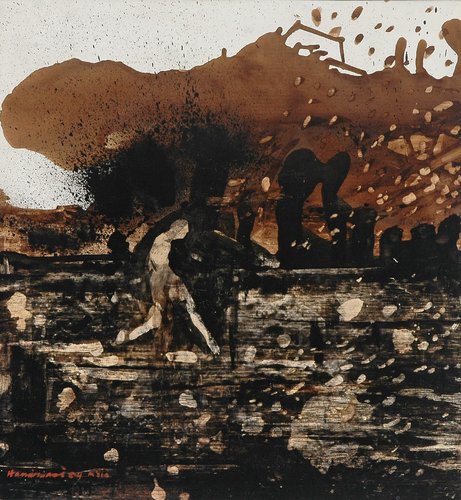 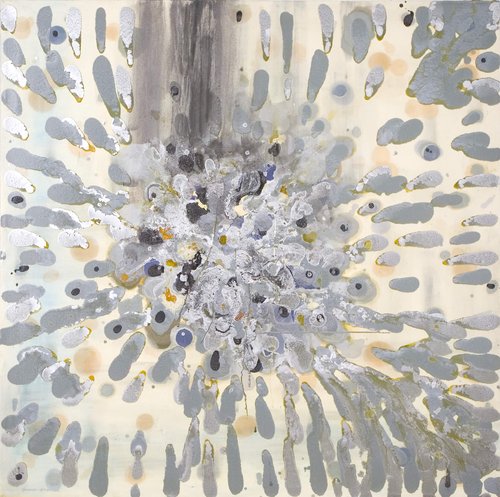 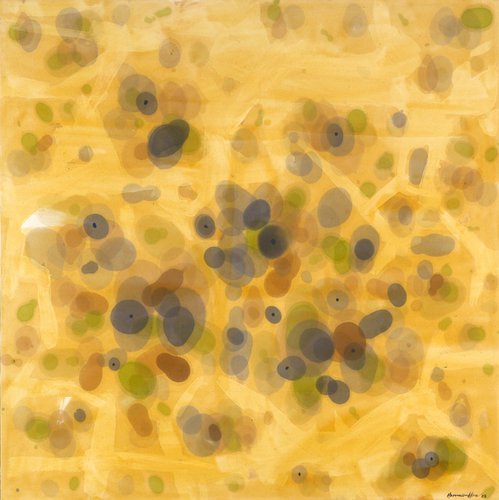