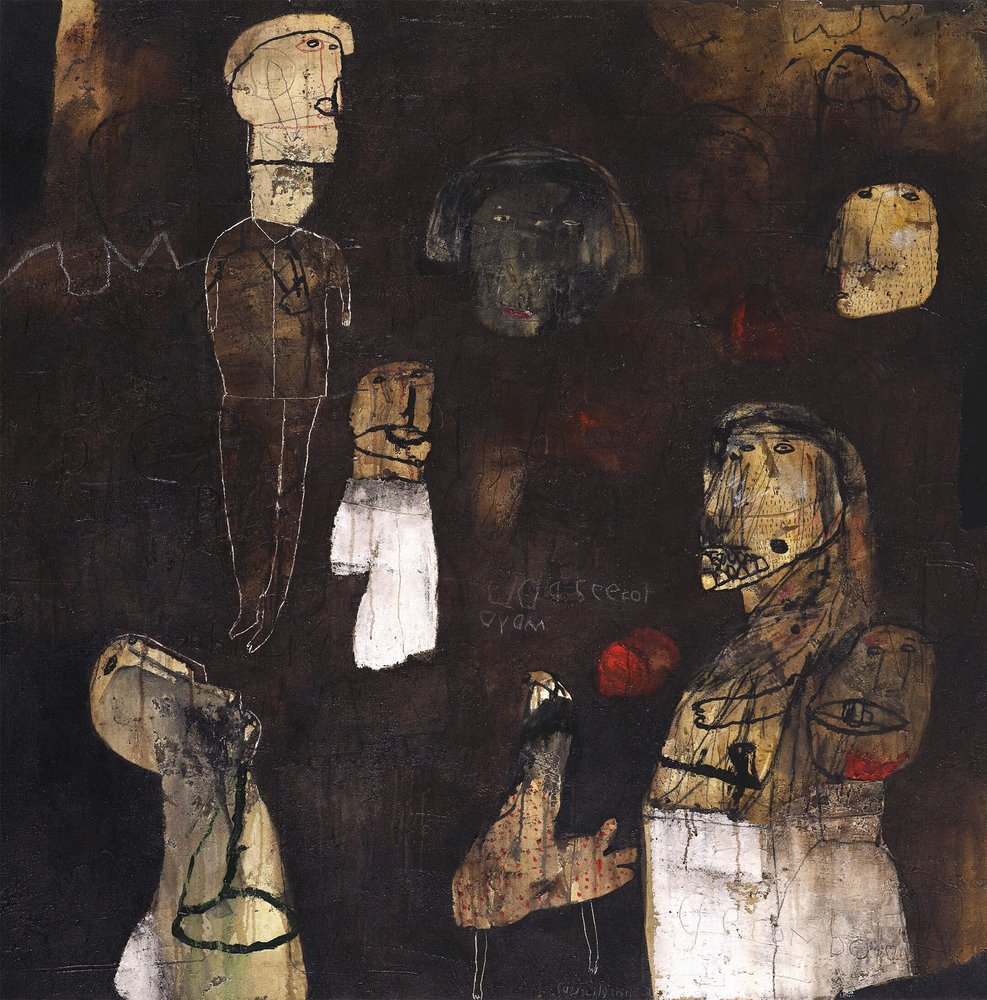 Fauzulyusri’s naïve style paintings incorporate texture, text and figures in a series of well-composed visuals that concern themselves with explorations of material and technique. He pragmatically pushes his paintings into new directions while maintaining a highly individual vocabulary of mark-making on mature surfaces such as linen and jute. The heavy woven thread surfaces act as compliment to the surface scarring, loose irreverence and layering that are fundamental to the structure of his image making.

Viewers can easily read Fauzulyusri’s aesthetics as a lively series of layers. This is both in terms of spatial depth, arising from the shift of thin to thick layers of paint over raw jute surfaces, as well as a texture-creating device as he engraves into the thickly applied base. His wide variety of mark making and gestural imagery animate the isolated figures and forms, allowing them to appear floating, masked and cropped (collage-style). Initially these paintings seem to recall the games or dreams of a child, yet further contemplation of his geometric abstractions recall urban graffiti, the scuffed and scarred walls that give a sense of contemporary city living. 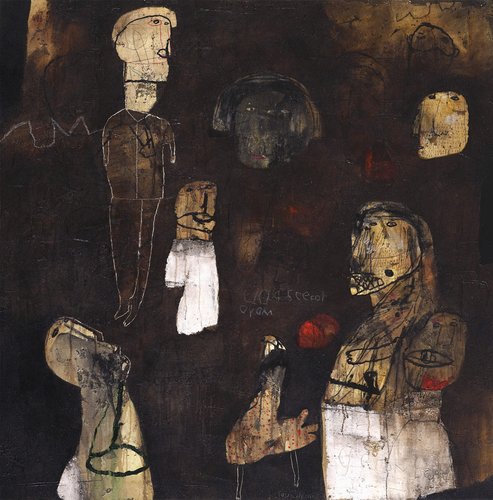 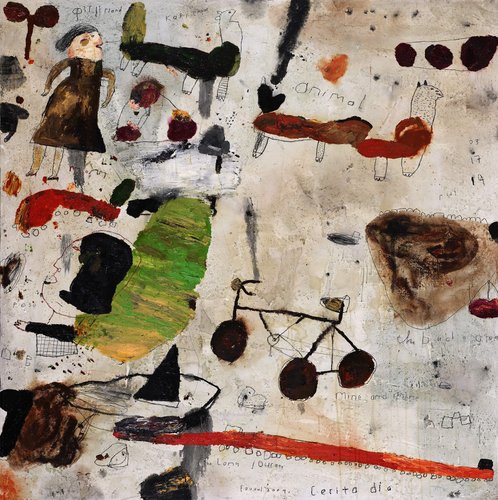 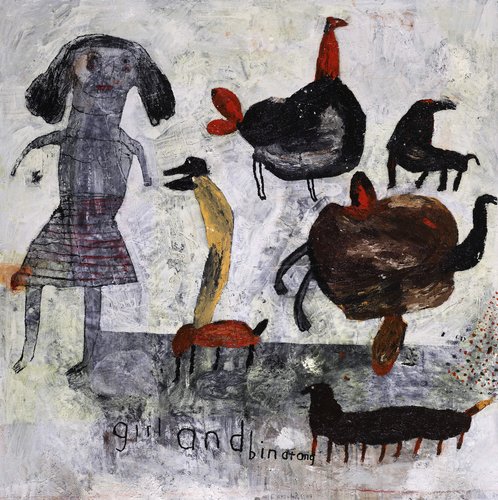 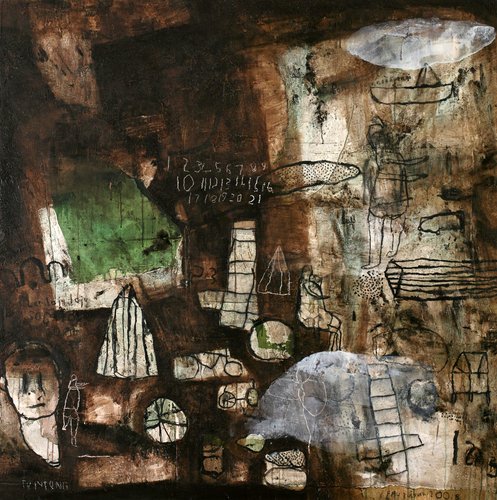 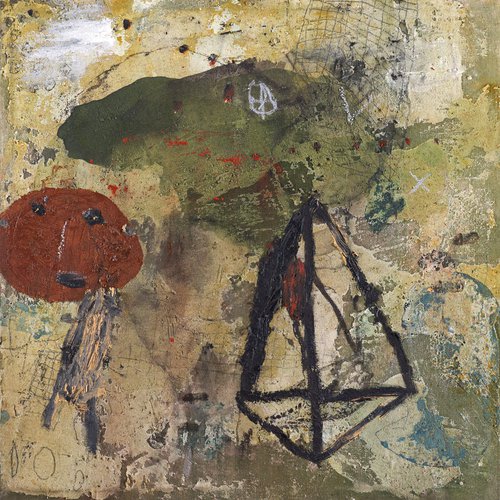 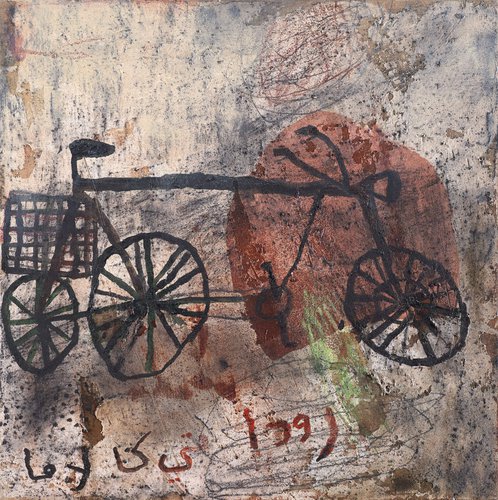 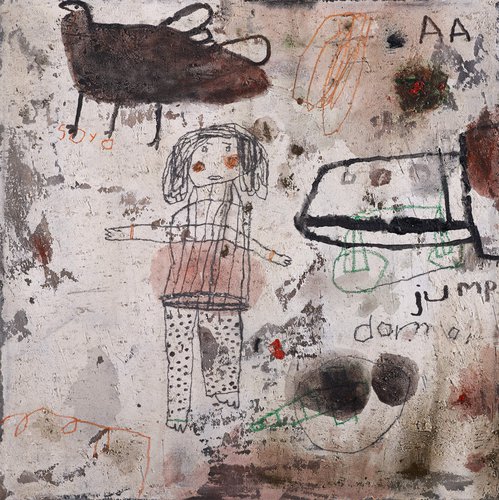 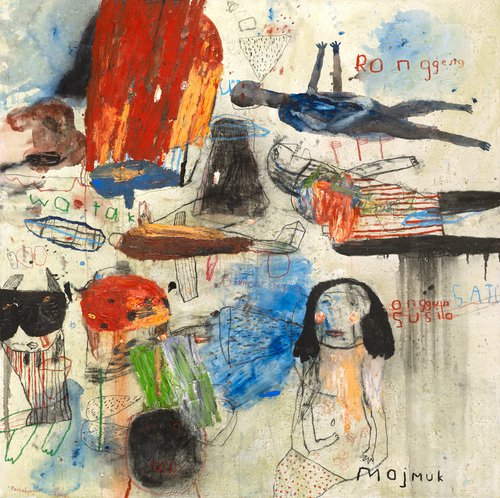