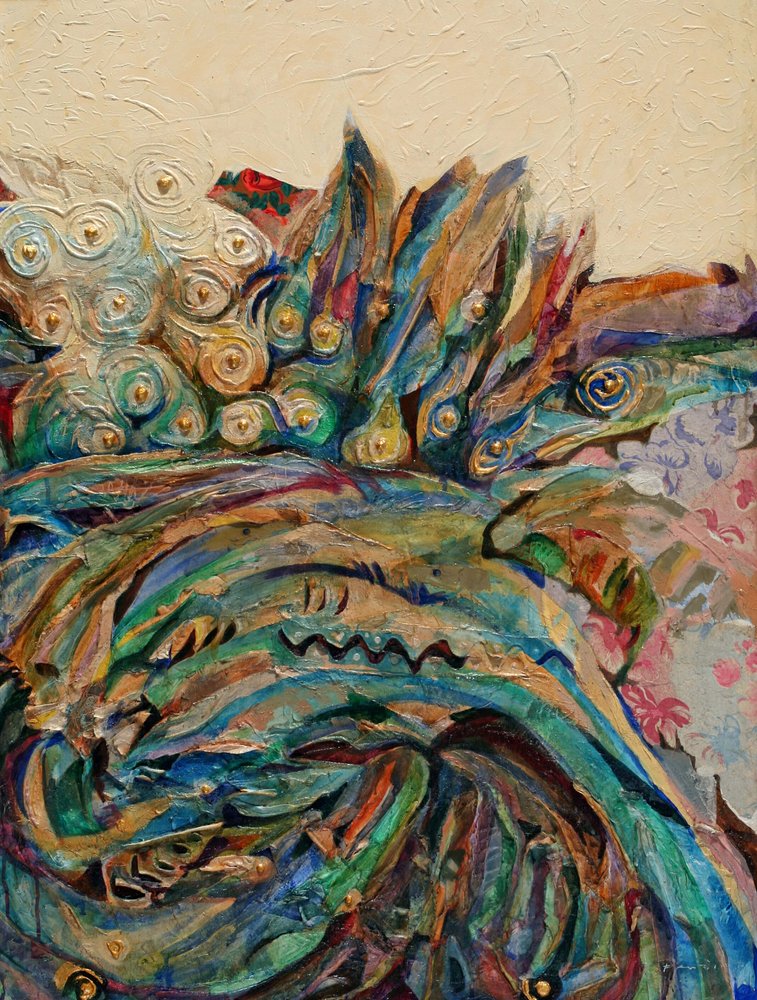 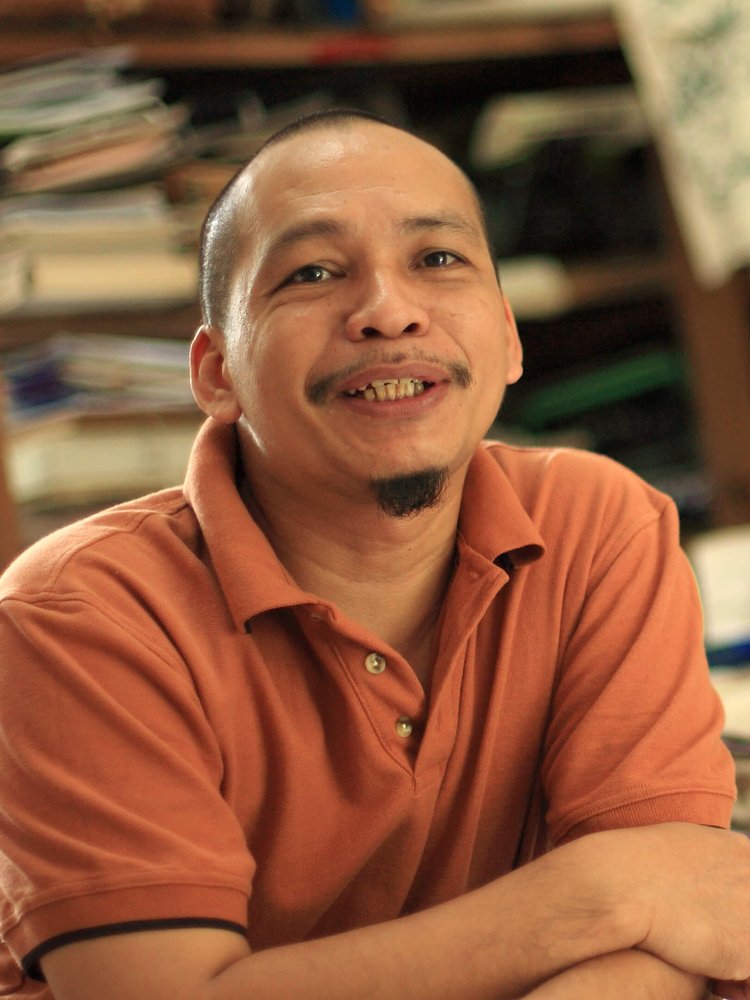 The group’s goals were simple: to challenge the conventional rules regarding painting (and art of the time). The exhibition came as a result of the group’s efforts – producing set designs - for the Centrestage Theatre group (years later, another young group of artists, Matahati, would follow this same path).

Fauzin’s works in the exhibition were inspired by the incident at Lubuh Mandi, Terengganu, where villagers mistakenly uncovered corpses whilst digging greedily for gold. Fauzin’s choice highlights the importance of moderation and remains an underlying theme of his career.

Individually, Fauzin’s art can be analyzed in terms of the postmodernist vehicle of deconstruction. In his works, the flat surface of the canvas is disregarded. Various elements are added via assemblage or layering and there is a distinct sculptural facet.

White Painting in Black Frame (1994) offers an alternative reading; apart from the obvious reworking of the surface (an all-encompassing relief of squiggly lines and small gold dots), the limits of the traditional frame are flouted with the lopsided placement of the stretched canvas. This award-winning work is followed by other frame-defying pieces, such as The Lost Horizon I and II (both 1991), which feature elements breaking away from the four corners and rectangular boundaries to denote the fury of nature gone awry.

It can ultimately be argued that mixed media works bear more resemblance to our local culture than the paintbrush and canvas; Fauzin’s works employ the physical manoeuvres of craftsmanship - for example, woodcarving - and the look of his works is reminiscent of the prints and patterns of local batik.

Later works, such as Spirit of Earth: Deep Forest (2001) and Mimpi Serakah di Bukir Cerakah (2005) are good examples. The gold dots – a distinct flourish that functions as a signature of sorts – are also emblematic of local culture; the artist uses them as signifiers for traditional Malay culture (they resemble embroidery or “tekad”) and to denote the various traits linked to Eastern culture, for instance, respect for nature.

It is the topic of nature that can safely be used to survey Fauzin’s works, as it is - and remains - a central theme. In the artist’s earliest, actual leaves were used on the canvas (natural decomposition is allowed to occur, as it reminds viewers of temporality, impermanence, or “fana”).

For his first solo exhibition (the series Siri Alam Fana [1989-90]), inspiration stemmed from the thick jungle bed of Tasik Cini in Pahang; the variegated textures and hues of the fallen leaves left a great impression on the young artist and have become a constant feature in his oeuvre.

Reforestation #28 (2001), for example, sees various types of leaves arranged in the centre of the canvas, and the inclusion of a grid that has a more compartmentalised, cubist-like effect than his earlier works. The artist’s treatment of the surface is best seen in the minute reworking of each leaf’s veins. 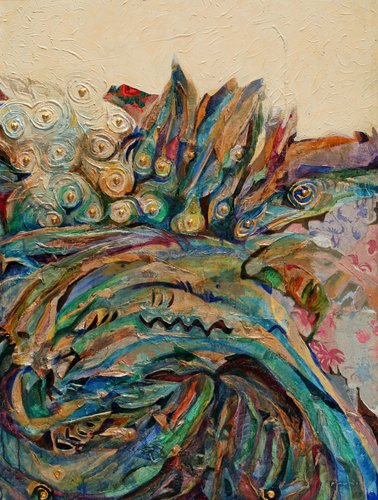 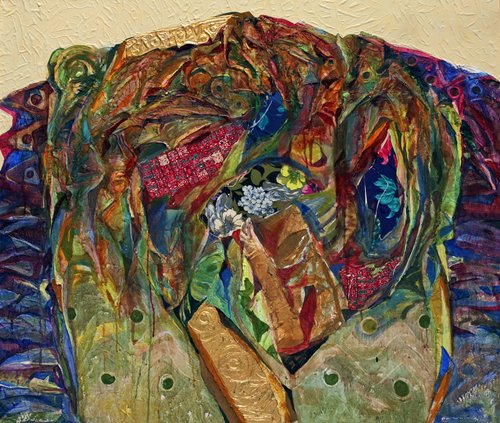 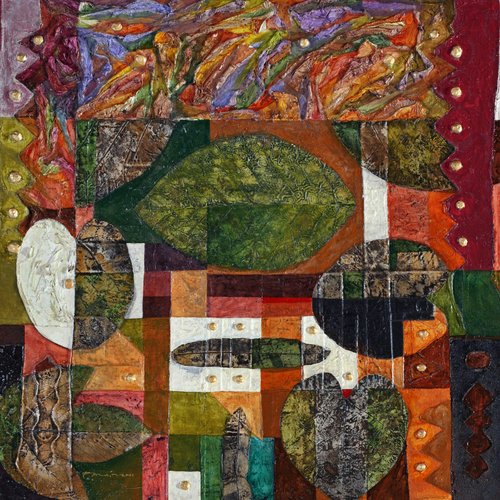 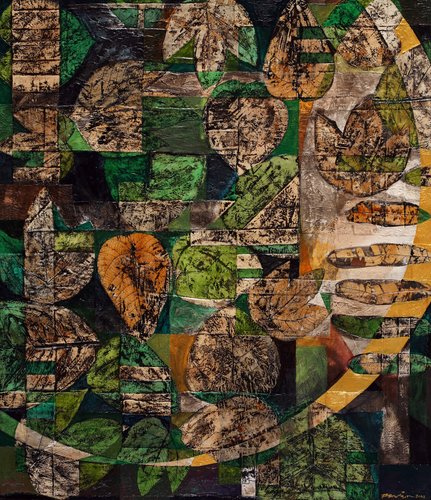 Eclipse Throughout The Night (2002) 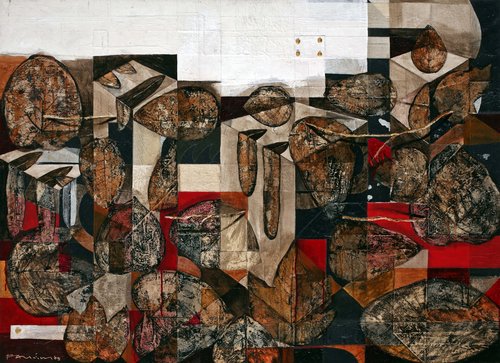 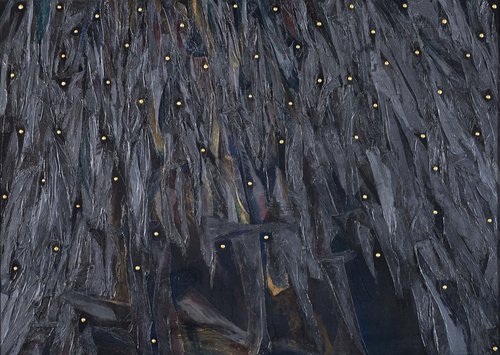 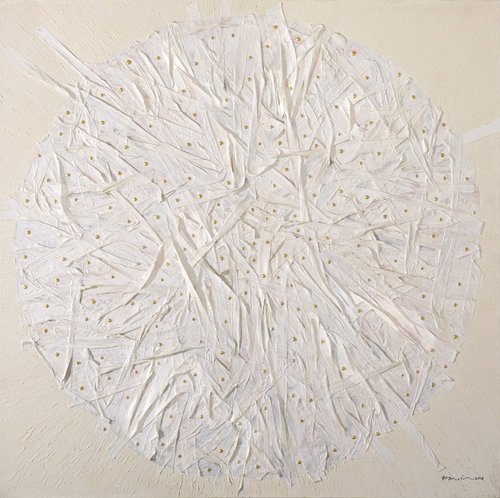 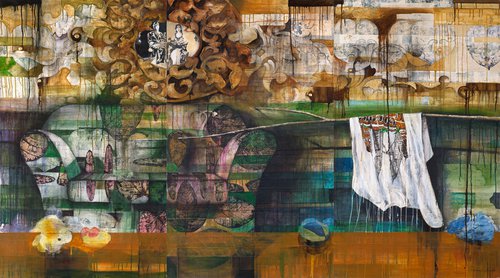