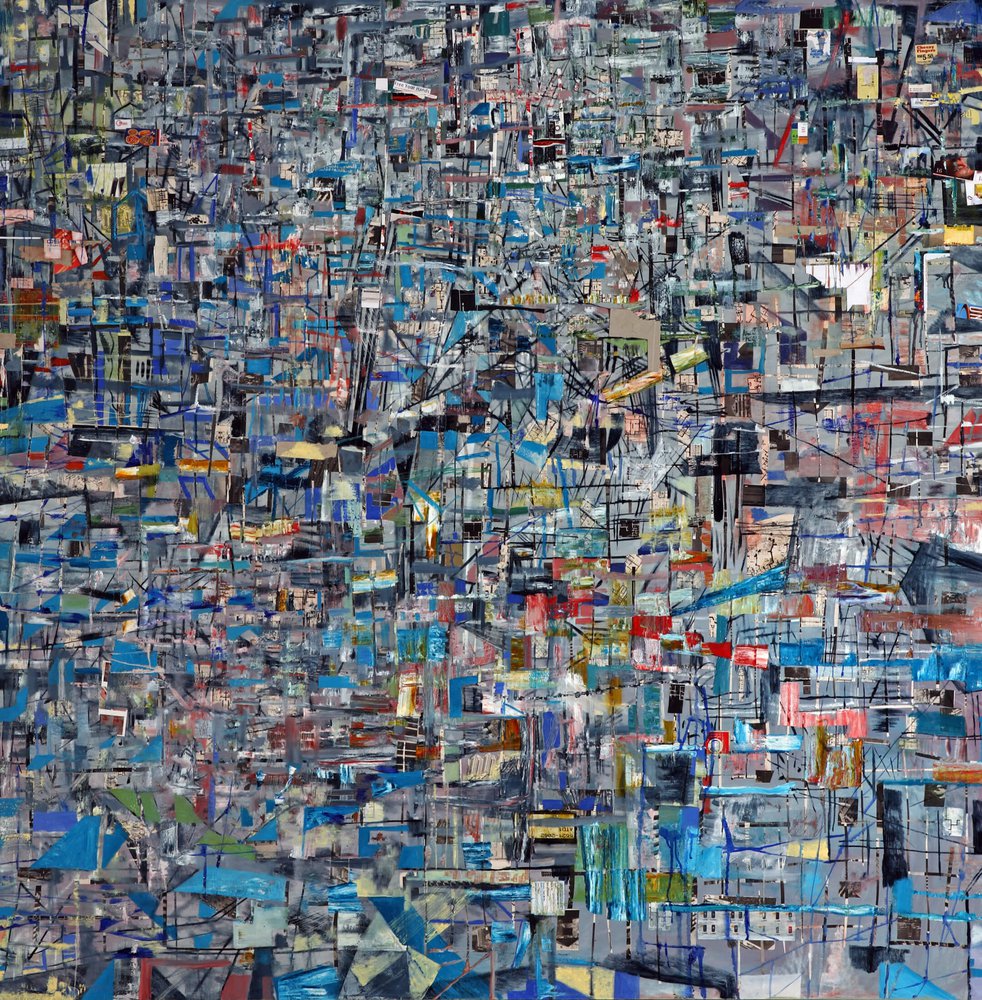 Various descriptions have surfaced in writings that suggest an architectural approach to Choy Chun Wei’s works. These analogies paint a picture of Choy as a constructor of the picture plane.

The artist’s methodology resembles principles of building construction itself; Choy begins by setting foundations (a wash of paint forms the first layer on the canvas), scaffolds are constructed and semblance of form takes place (the grids, lines, and demarcations are laid out), and finally, fittings (straws, instructional labels, magazine clippings, and other found objects) are gelled together with resin to create buildings and sprawling constructions.

The level of objectivity in Choy’s works errs from the expressionist tendencies of many of his compatriots. The slant subconsciously stems from his background in graphic design and the era of manufactured images.

Whilst Choy has always looked to the man-made environment for inspiration, the artist’s personal experiences must also be factored in; his first series of works, for instance, was based on the suburban, densely populated area of Bandar Utama that was en route to his teaching job.
These works (small photographic collages on paper with graphite marks) appeared under Inhabitants in 2001 and were based on photographs taken of this constructed suburban sprawl.

Progression can be seen in the following series (Constructed Landscapes [2004]) and the body of works during his residency at Rimbun Dahan (Garden Objects is an early example); these form a transition phase for Choy as he tackles the dual challenges of marriage and professional life.

Choy sifts through optical cognizance, or what our eyes actually see, and presents concrete landscapes as fragmented, illusory states. Mark making is executed with extended tools (apart from the paintbrush, the palette knife, cotton bud, and other objects are included) for a constructed and deconstructed build-up of layers, tossing aside realist portrayals in favour of “alternative realities.”

Big Dwelling Site and Configuration 4 (State of Flux) (both 2005), for instance, look like aerial views of densely populated areas; in the latter, the manifold layers in the centre threaten to overwhelm the pure, unmarked sections of the canvas and spill out of its edges.
Collage is a prevalent strain in Choy’s works and adopted for its evocative qualities; “it’s about the mental space that collages evoke,” says the artist. The practice is indebted to early 20th century artists, namely Kurt Schwitters (1887-1948).

Choy’s style draws many parallels with the German artist’s Merz collages, especially with the inclusion of quotidian material. Straws (peer closely at Feeding Machine), cigarette butts, lottery tickets, and driftwood are lost in a kaleidoscopic grid of paper, paint, sawdust, resin, and other unidentifiable objects – all testament to the simultaneously cluttered and structured environment we live in, and, the throwaway society we belong to.

Not only does the artist capitalize on the debris from consumerism and the media, his works also benefit from the very qualities collage affords, chiefly textural variance on the surface and illusory depth. 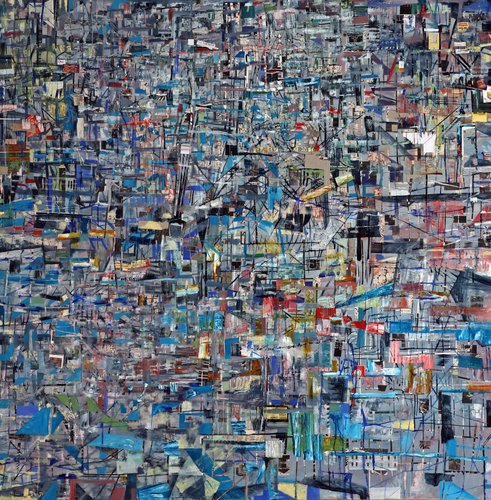 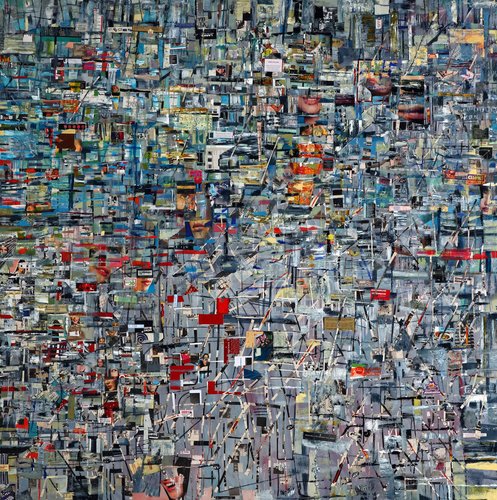 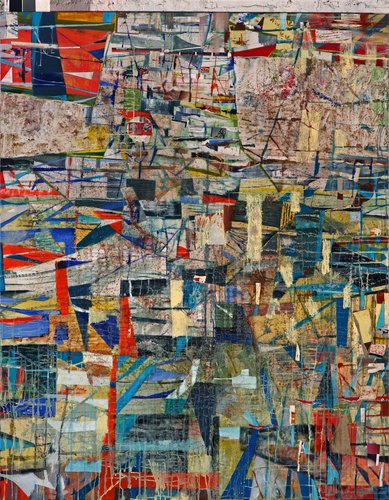 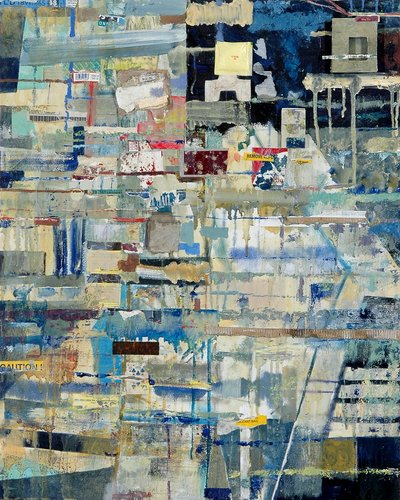 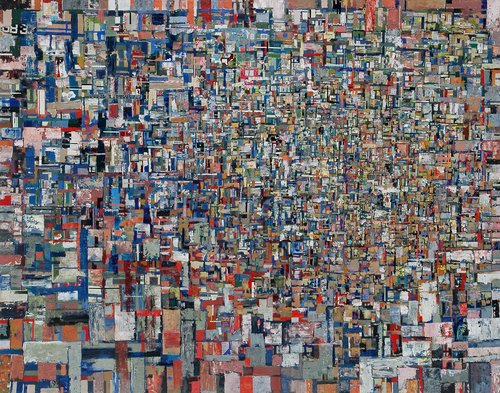 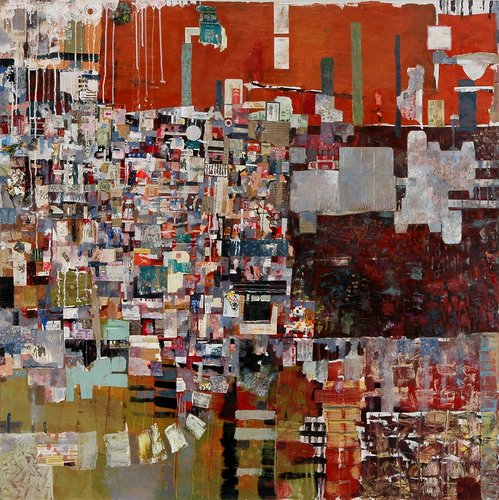 The Construction Of Metaphysical Site I (2005) 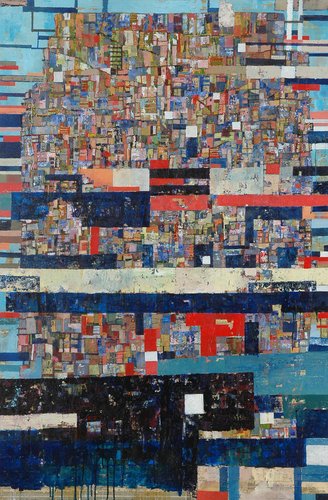 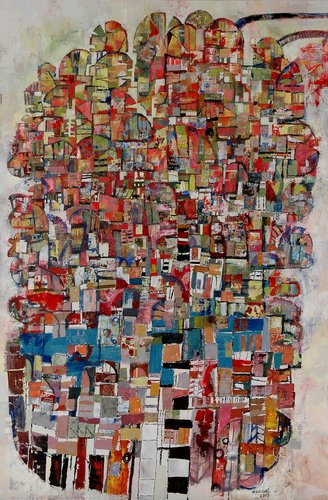 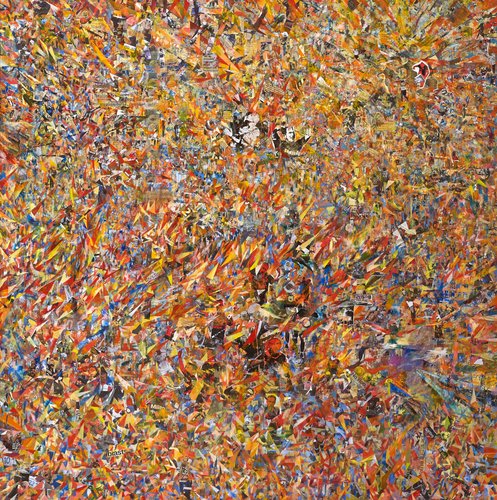