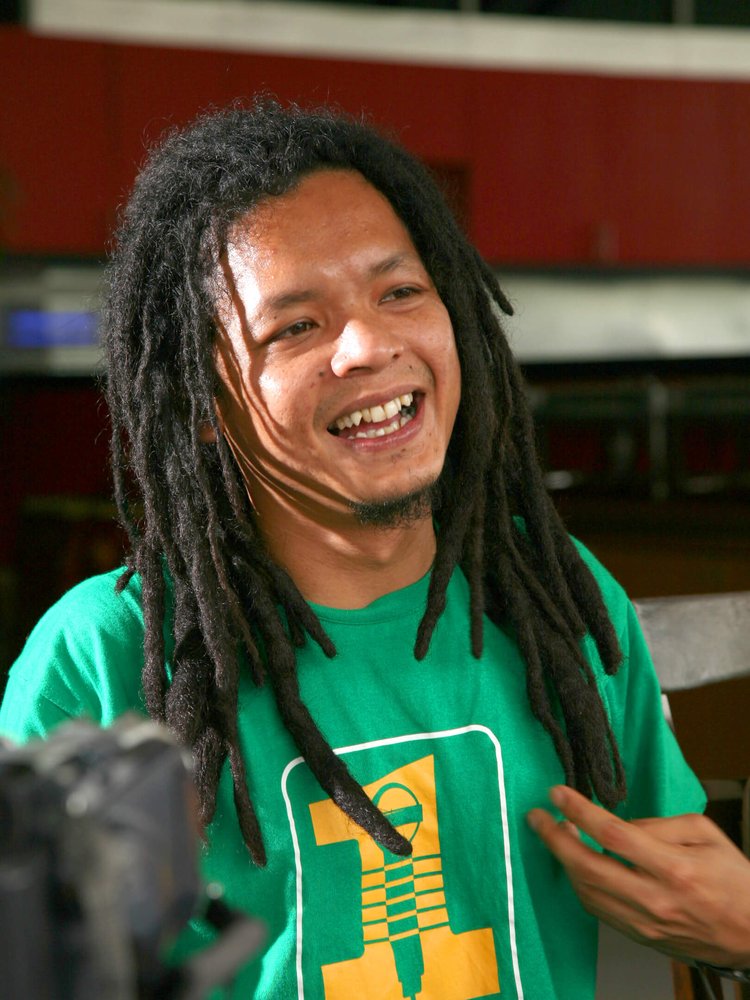 Aswad Ameir was the first admitted to The Last Frontier Studio in Taman Melawati, an unofficial artist residency programme supported by the architect Shamsuddin Alang Ahmad. Its non-regimented structure freed the artist from pronounced commercial goals to work at a more contemplative pace.

Although it ran into funding difficulties, the artist was luckily mentored by Latiff Mohidin during his tenure (2001-07) and advised never to subscribe to “make up” painting; the act of beautifying the canvas was dismissed by the senior artist, who attested that honesty was paramount.

The experience conjures many parallels with the romantic notion of the artist living on the fringes of society, concentrating on his craft in isolation.

Works from his first extensive series ‘Across the Lines’ are expressionist documents of his inner self in the manner of Abstract Expressionism.
Informed by an obsession with the humble line, Aswad’s methodology adopted this element as a vehicle to trace his personal environment, experiences, and realities.

Two distinct patterns can be detected. The first features works that are more charged; paint resonates from central points, lines are hurried, the intensity of the application is stronger (seen in the dripping paint), and, the coloured lines overwhelm the canvas, leaving little background on display.

These works Semarak – Semarak Kompang are especially reminiscent of Jackson Pollock’s drip paintings (the artist saw Pollock’s works whilst an undergraduate in London) both in the choice of enamel paint (household paint), and, the element of performance.
In the second set of works, we see a transition to a more structured style – testament to Aswad’s mature understanding of lines, and the result of changed perceptions after a trip to Cambodia and Thailand.

In Semarak Garis dan Warna (2007) for example, the lines dance across the canvas horizontally and are contained within the centre, never once threatening to spill into the tranquil yellow background.
It is a large contrast to works from the beginning of Aswad’s residency, such as Metamorphosis I (2005).

Aswad extended the traditional painting experience by utilizing unconventional tools to produce his works; twigs, for example, replaced paintbrushes, and, the latter was often cut up to attain different visual effects and mark applications. 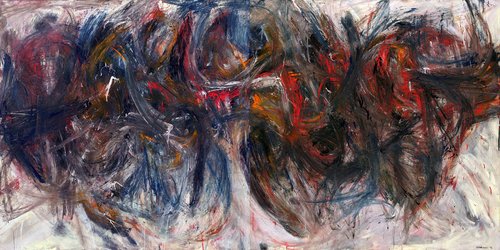 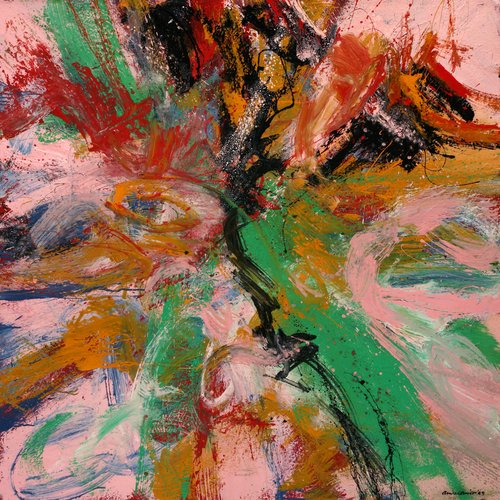 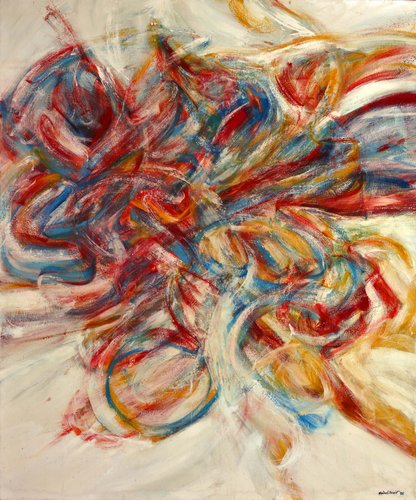 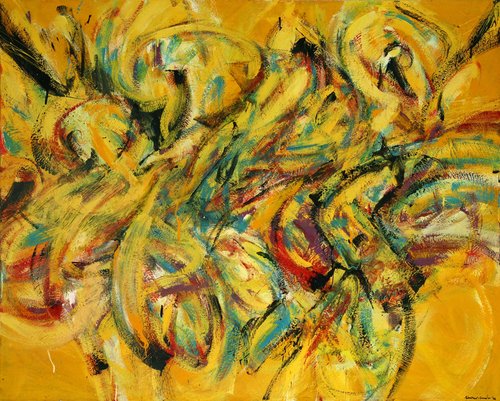 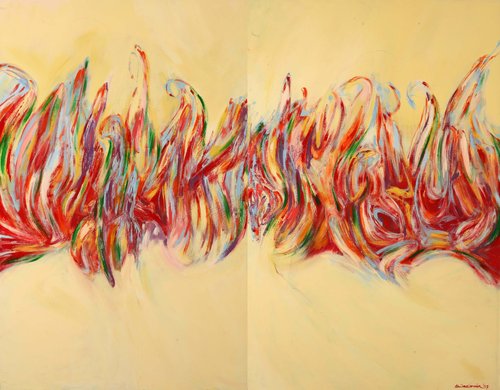