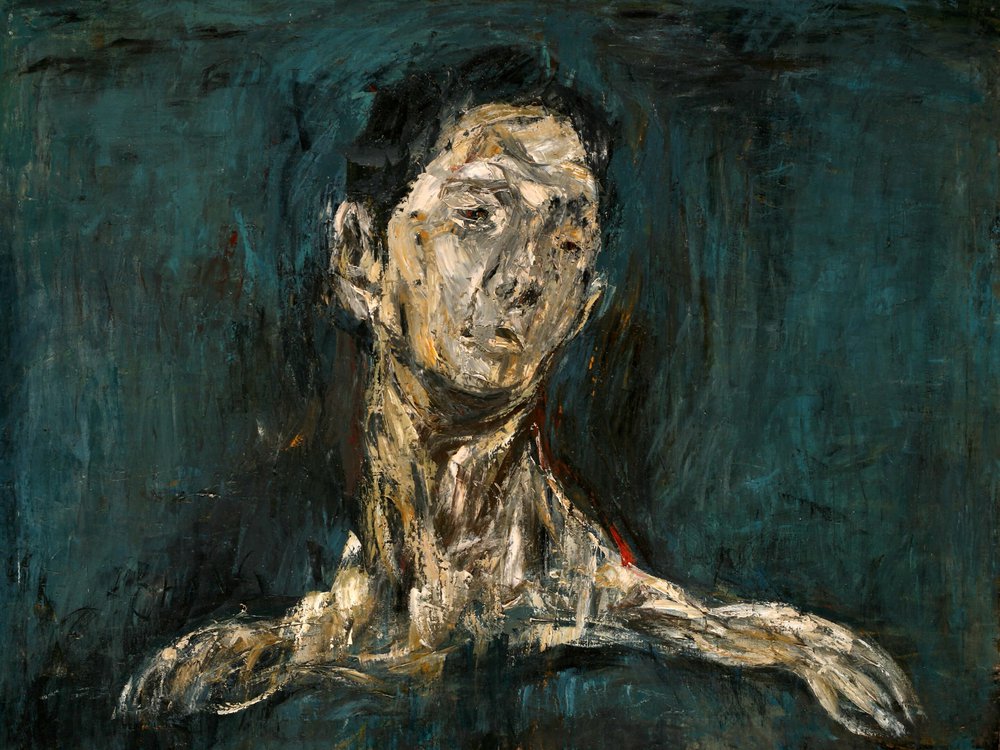 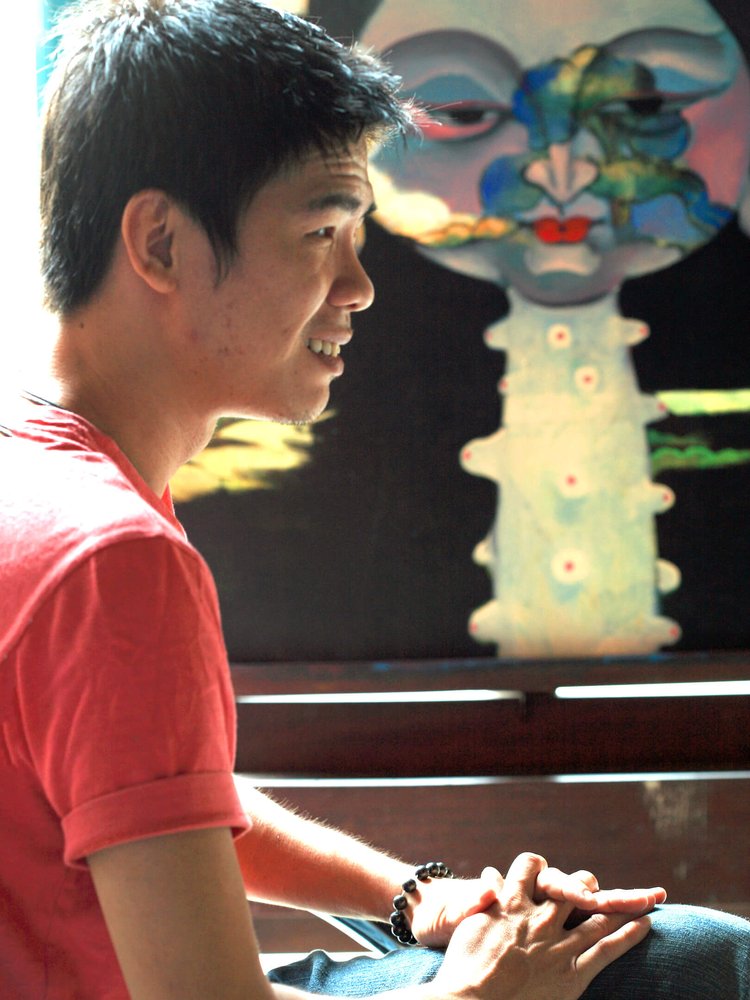 Anthonie Chong’s transition from hobbyist to artist was purely accidental. In the early 1990s, an art lecturer from Universiti Sains Malaysia (USM) saw Chong’s artworks and invited him to exhibit in Penang, leading to an important acquisition by the Singapore Art Museum (SAM) displayed in Imaging Selves, a seminal exhibition that marked the opening of the institution’s new wing. The oil paintings, My Father’s Son I and II (1994-5), are large foreboding close-ups of the artist’s physiognomy and remain in SAM’s permanent collection.

Chong’s early works include the Mime series. Lone figures - such as in Painting 3 (1995) [– loom against plain or minimal backgrounds. They are an autobiographical allusion, portrayed against austere background hues, to the artist’s own life as he struggled to understand and accept the socially constructed pattern of groups. In the catalogue to his first solo exhibition, Chong stated, ‘`I want to depict the nakedness of man in showing the real thing. The truth. The naked body says more than the clothed body.’’

The highly expressive works have been likened to German expressionism. The Swiss artist, Alberto Giacometti (1901-66), is among the influences on Chong, and there is resemblance between the textured surfaces of Giacometti’s thin signatory figures to the tactile quality of Chong’s paintings. Niranjan Rajah, who curated the exhibition Barang Hati Bahang Jiwa: Expression and Expressionism in Contemporary Malaysian Art, referred to this series as the artist’s ‘blue’ period – suggesting similarities with works of Pablo Picasso between 1901-04.

If so, Chong’s next body of work from the second-half of the 1990s can be seen as his ‘rose’ period, where the artist further explores the human condition in a more visibly optimistic manner: the artist begins to depict his subject in pairs or threesomes, colours are brighter and the depiction of figures is more contained - there are less aggressive lines and more realist characteristics, such as the manipulation of flesh tones and detail.

The Noughties have seen a development from these figurative works into a series titled e-monk (2000–present) that presents the title character – a little Chinese boy – in various settings. The prefix ‘e-‘ refers to the electronic age that we live in and completes the artist’s quest to present more iconic works that successfully blend old and new, such as Yue Minjun’s cynical realist smiling figures.

Chong’s e-monk paintings are more uplifting than previous works. They introduce cartoon-like characters in imaginary guises, such as the toy-like figurines of Painting #30 or the pagoda and Buddha-inspired character in Painting #31.

Works from this series also mark a return to the artist’s Eastern roots, specifically that of the Han (Eastern and Western) periods. This fact is acknowledged by the scroll-like format of the canvas, composition, symbols (the lotus flower in #Painting 32 is a good example), line quality, and, the very fact that the artist has placed his signature and title at the upper-corners of each painting - both written in Chinese characters. 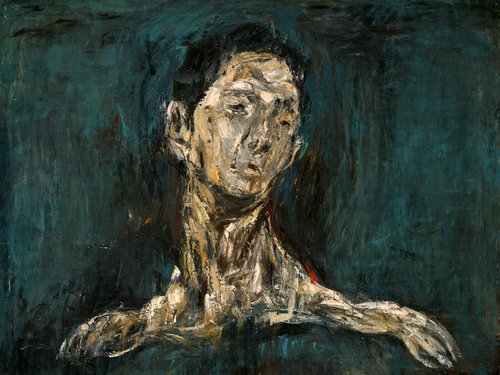 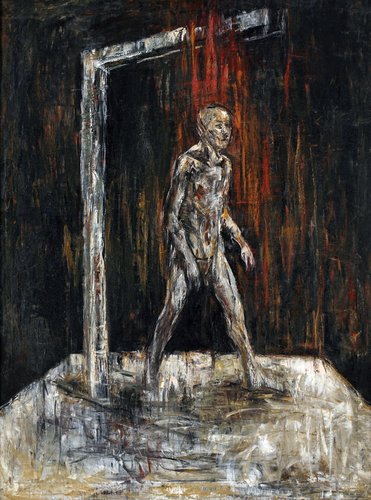 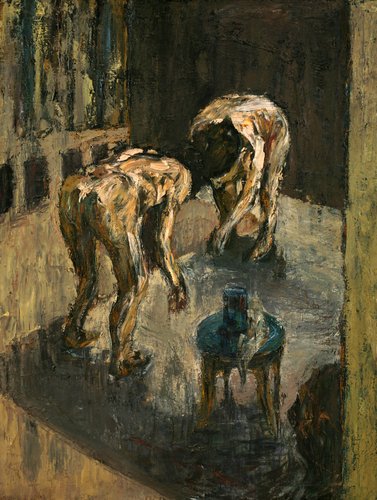 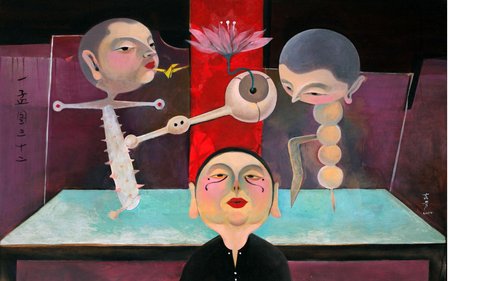 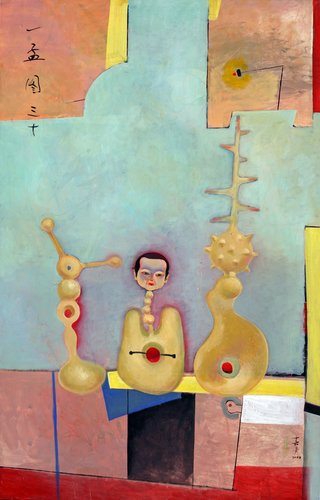 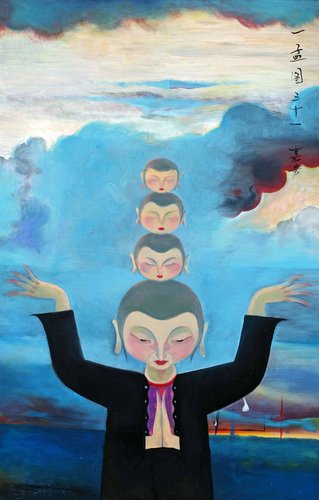 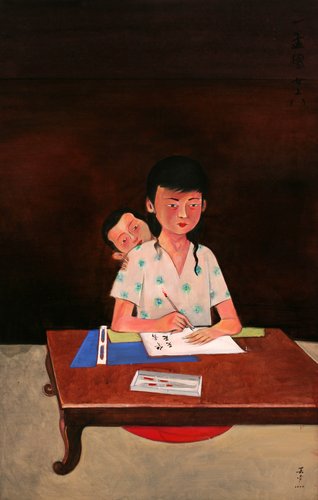